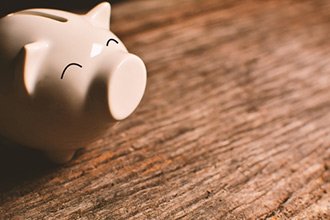 On Friday, the yield curve inverted.

For many experts on Wall Street, a yield curve inversion is one of the strongest warning signs of a coming recession.

After all, a recession has followed the last seven times it has happened.

This extremely reliable predictor reared its ugly head Friday when the 10-year Treasury note yielded less than the three-month Treasury bill for the first time in more than a decade.

The good news: We have plenty of warning.

On average, a recession follows a yield curve inversion by about a year.

That means investors have time to prepare their portfolios for the upcoming storm. More importantly, policy makers in the government and at the Federal Reserve have time to change to an aggressive pro-growth stance.

It's that policy change that creates opportunity, specifically in regards to the banking sector.

Over the last two weeks, several economic data points suggested significant global weakness that has the potential to drag on U.S. business activity.

The market did not take kindly to the new data.

In particular, bank stocks have sold off hard in the month of March. The SPDR S&P Bank ETF (NYSE: KBE) has lost more than 10% of its value since the middle of the month.

The selling makes sense in an inverted yield curve environment.

Banks make money by borrowing at a low cost and lending at higher rates.

That almost always happens in a normally upward sloping yield curve environment, but not when the yield curve is inverted.

Longer-term, these sorts of dislocations are usually corrected. So the selling in bank stocks in March provides an excellent opportunity to buy.

That's part of the reasons so many bank stocks rank so highly now on the Money Morning Stock VQScore™ system.

Here are my top three regional bank stocks to buy now that the yield curve has inverted...

Best Bank Stocks to Buy, No. 3