Science fiction has been trying to scare us with the idea of a "robot invasion" for decades. But the reality is that it's already here – and it's extremely profitable. 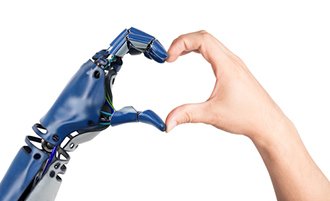 Thanks to the pick we're bringing you today, it's nothing to be scared of, either.

No, these robots aren't here to replace us. They're here to do the repetitive, labor-intensive tasks that are taxing on human workers. That frees people up to use their dexterity, judgment, and creativity to maximize productivity.

So it shouldn't be surprising that this industrial automation firm has been routinely recognized as one of the top tech companies to work for. In fact, it's been recognized by Ethisphere as one of the world's most ethical companies for 11 consecutive years.

But we're not talking about a product of the Internet age. This is a dividend stock that's been in the automation game for more than 115 years. So it combines cutting-edge technology with a century of stability.

Now that industrial automation is taking off, this tried-and-true enterprise is due for a growth spurt.

Put simply, this is a sector you have to have in your portfolio over the next decade. And this dividend stock is the best pure play you're going to find.

Even better, it's just been given a top score by our Money Morning Stock VQScore™ system.

In fact, based on its earnings growth compared to its peers, this is a stock that's poised to skyrocket by more than 400%.

This Century-Old Company Is Now on the Cutting Edge of a $6.2 Trillion Technology

According to a study from UBS Switzerland I calculate a price/earning-to-growth ratio of 2 (PE 20 – growth 10 % = 2) and not 0.19 as you mention in your report.
Did you make a calculation mistake? Please let me know your calculation model.
Thanks Heinz from Switzerland

Hi Heinz, we updated the text to indicate that I was referring to trailing PEG ratio over the last 12 months, which according to YCharts! was 0.19 at the end of March. It sounds like you're looking at the forward PEG. Thanks for pointing it out.