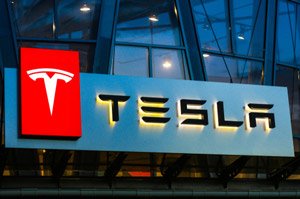 Despite the negative headlines, Money Morning is still bullish on the electric vehicle market...

Tesla's sinking stock and increased losses are bad news for its bonds as well. Tesla's 5.3% unsecured bonds currently trade for $0.85 each and are due by 2025. This will result in a yield of 8.4% - which is 1% higher than the year before.

Unfortunately, Tesla has also reported that it has $2.2 billion in cash - a 40% drop from the three months prior. Beyond that, the company is anticipating another loss in Q2 2019. No numbers were provided, but the company says it'll be profitable by the end of Q3 as it ramps up its effort to deliver new vehicles.

There are plenty of pros and cons for Tesla raising funds, though. If the company were to sell new stock, it would water down current shareholders like Elon Musk himself - who owns 20% of Tesla. But new shares wouldn't necessarily increase the firm's debt, either. In fact, some think it would cause a resurgence in Tesla shares if investors were to welcome the cash infusion.

While Tesla stock has tanked over the last several months, the electric vehicle market is still a very lucrative opportunity for retail investors...