The market is throwing another tantrum all but begging the U.S. Federal Reserve for a rate cut.

Both bonds and stocks are signaling economic weakness ahead, with the Dow down over 5% in the last month and bond rates rising.

The trade war is getting the blame, but there's little evidence it's slowing down the domestic economy. 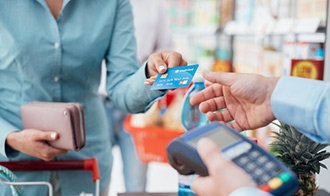 Consumer confidence is near an 18-year high, with the May reading registering a whopping 134.1.

Economists were expecting a reading of 130.

A booming jobs market is helping to push confidence higher. The unemployment rate is at 3.6%, the lowest point in more than a decade. In addition, first-quarter GDP came in at 3.1%, slightly better than forecasts of 3%.

All systems are go, so why the turmoil?

Investors are becoming skeptical as stocks reach new highs. We haven't had a recession in a decade.

While it is true that the current expansion is long in the tooth, one could argue that the depth of the financial crisis set the stage for a rebound that could run longer than normal.

What should be more important to investors is the combined benefit of monetary and fiscal policy that can be counted on to sustain economic growth into the foreseeable future.

That means the momentary tantrum the markets are throwing simply won't last. And I see the retail sector as the unsung leader of the coming breakout.

That near historical high consumer confidence reading is the reason.

Consumers are feeling flush with cash, cash that they will readily spend this summer.

At the end of the day, the U.S. economy is driven by the consumers, not trade. And the trade war could end in a flash anyway.

These are the companies that could be picking up Americans' cash as they spend a bit more freely. And you'll be cashing in as Wall Street worries about China.

Some of these stocks could even double your money...

Profit from the Sector Immune from the Trade War, No. 3

There are certain businesses that you can own no matter the macro issues at hand or trade disputes.

One such business is the casino industry.

This is a sector a trade war simply can't touch.

Instead, what matters is consumer spending and a strong economy - just what we have today.

And the VQScore ranks Monarch Casino & Resort Inc. (NASDAQ: MCRI) as a stock to buy now - and for good reason.

All that consumer strength means big spending at Monarch, which operates in Reno and Colorado.

Analysts expect the company to grow profits by almost 50% from the current year to the next.

With the stock trading for only 22 times 2019 expected earnings, there is plenty of room for Monarch shares to move higher.

That would explain why shares have outperformed the market over the last six months.

VQScore expects more of the same going forward, trade war or not.

Profit from the Sector Immune to the Trade War, No. 2

It's summer, and that means fashion, especially for teens.

And one of the top teen retailers is Abercrombie & Fitch Co. (NYSE: ANF).

Abercrombie grew its profits by nearly 1,000% in 2018, and the company has grown its merchandise margin every year for 10 years straight.

Unfortunately, the summer is not off to a good start after its earnings report this week.

Shares of Abercrombie crumbled some 30% after announcing earnings that included weaker-than-expected guidance. But Wall Street's overreaction is creating an excellent entry point for us. We get access to Abercrombie's $75 million in profits at the price we could've paid in November 2018.

Abercrombie's guidance included a plan that sets the stage for future growth that Wall Street is ignoring.

But that's not how the VQScore operates.

Instead, look at the long term and the recent selling as an opportunity to buy an elite franchise at a significant discount.

More importantly, trust the data that says the consumer is super strong today and that strength will increase sales and earnings as the company's turnaround takes hold.

Abercrombie is a strong buy irrespective of the short-term trade noise.

The company has as average price target of $21 a share, a 22% bump from today's price. But with a perfect VQScore and a strong economic tailwind, we thing a 50% gain is more reasonable.

But our top retail stock is best of all.