There's more than one road to becoming a billionaire - even in Silicon Valley.

And the road Chris Sacca took included plenty of detours.

For one thing, he's not some sort of tech wizard, which is usually Chapter One in most Silicon Valley billionaire success stories.

Sacca is actually a lawyer by training, born into a suburban middle class family in Buffalo, N.Y.

And yet today, he's estimated to have a net worth of $1.2 billion. 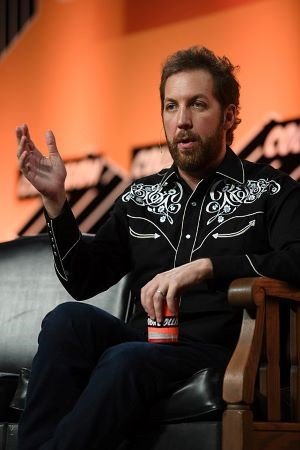 But he didn't amass that kind of wealth practicing law.

And no, he didn't invent some remarkable, must-have device or develop an app that disrupted an industry.

So how did Chris Sacca make his money?

Sacca ended up in Silicon Valley, but he could just as well have landed on Wall Street.

In his early twenties, Sacca displayed a knack for stock picking. He started trading stocks in the late 1990s while still attending the Georgetown University Law Center.

Incredibly, within just a few years, he was able to turn less than $20,000 into $12 million. But that wasn't to be his path to billionaire riches.

Thanks to the dot-com bust, Sacca lost everything - and then some. Because he had also been investing money for friends, he wound up $4 million in debt after the market crashed in 2000.

It was then that Sacca moved to Silicon Valley. Falling back on his legal training, he became an associate at the law firm Fenwick and West. He put in a ton of overtime as he tackled the task of repaying his vast debt.

At Fenwick and West, he worked on venture capital deals as well as mergers and acquisitions. Though he was laid off in late 2001, the seed for his next detour had been planted.

Less than a year later, he was working for Alphabet Inc. (NASDAQ: GOOGL) (then known as Google) as Corporate Counsel, helping the company create corporate data centers.

All along, Sacca gathered as much information as he could about the hottest startups in Silicon Valley.

"He gravitated toward interesting projects and the new important ideas, always trying to work on the next big thing," Susan Wojcicki, a longtime Google executive who is now the CEO of YouTube, told Forbes in 2015.

The thing is, Sacca's heart wasn't really in the practice of law. And being in Silicon Valley, he knew he was surrounded by opportunity.

"It became obvious to me that the investing side was where the action was," Sacca told Forbes.

How Chris Sacca Became a Billionaire

And so after soaking up as much intel as he could while working at Google, Sacca started angel investing in 2006. Within a year, he had left Google to become a full-time angel investor.

Finally, Sacca could put his years of first-hand Silicon Valley knowledge to use. His first investment was in a company called Photobucket. He also invested $25,000 in a fledgling social media company called Twitter.

Photobucket was acquired by News Corp. for $250 million, and Twitter Inc. (NYSE: TWTR) is today one of the world's top social media companies.

In 2010, Sacca launched his own venture capital firm, Lowercase Capital.

At last, he was on his personal superhighway to wealth. In less than a decade, his investments in Silicon Valley startups made him a billionaire.

In 2017, Sacca announced his retirement - at the tender age of 41. He said he planned to spend more time with his wife and daughters.

That's a goal many investors share - to acquire enough wealth to spend your time doing what makes you happy.

But how can ordinary investors duplicate Sacca's strategy?

To be sure, he had a couple of key advantages.

First, he was able to invest in startups long before they went public, allowing him to reap gains much higher than those who had to wait for their initial public offerings (IPOs).

For example, his first Twitter fund, Lowercase Industry, made gains of 1,500% and returned $5 billion to its investors.

Second, Sacca had an inside track on which Silicon Valley startups had the greatest potential. His law career in Silicon Valley gave him a front-row seat to the best opportunities in tech.

But the truth is, you don't need to park yourself in Silicon Valley for several years to be a successful angel investor.

Heck, you don't even need tens of thousands of dollars...