August has been a volatile month for the market. The Dow dropped more than 850 points in three days to start the month before rebounding 650 points in the following three days. 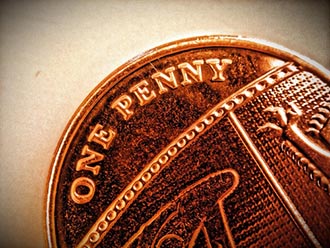 But this turbulence offers a chance to profit. And today, we'll show you the best penny stocks to buy this week that will help you do just that.

And there's one sector in particular that's poised to profit from all the volatility we've been seeing: energy.

While Wall Street is in a complete panic following the latest yield curve inversion, we're not worried.

Since 1965, the S&P 500 energy sector has outperformed the broader market 80% of the time in the 12 months following a yield curve inversion.

That's why we're targeting energy penny stocks today. Penny stocks are some of the fastest-moving stocks on the market. The penny stocks we have today are poised for huge returns in a short period of time.

But because there are so many penny stocks to pick through - even in the energy sector - we've used our Money Morning Stock VQScore™ system to find the best penny stocks to buy this week.

In fact, these three penny stocks have all received our highest score - meaning they're poised for breakout growth.

The Best Penny Stocks to Buy This Week, No. 3

One of our best penny stock to buy this week is Antero Resources Corp. (NYSE: AR).

Antero is a Colorado-based oil and gas company that seeks out, develops, and produces oil and natural gas products across the United States.

The firm's oil and gas reserves are in the Appalachian Basin. The company is going all in on American fossil fuels as the United States becomes a dominant figure in energy worldwide. And as of right now, it's a pretty good bet for the company.

According to the U.S. Energy Information Administration, U.S. oil products are expected to soar to 1.5 million barrels a day by 2020.

And American oil production isn't just forecast to skyrocket to new heights. In fact, it's anticipated to outpace both Russia and Saudi Arabia.

Because Antero is primarily focused on finding and producing oil in the United States, it's perfectly positioned to profit from the world's rising oil and gas demands.

Antero stock currently trades for $3.44. But it has a target high price of $15, according to analyst estimates. This means it could rocket by as much as 336% over the next year.

And with a VQScore of 4.9, we think it has even greater breakout potential.

The Best Penny Stocks to Buy This Week, No. 2

Encana was founded in 2002, and it's a Canada-based natural gas and oil explorer. Last year, it made Forbes Global 2000 List as one of the top North American Energy firms.

Back in 2018, the firm produced almost 90 billion barrels of oil and 1.16 billion cubic feet of natural gas. This makes it one of the biggest North American producers as well.

Across the North America, Encana has 1.7 million acres in Canada and 1.9 million acres in the United States. And the sheer size of its holdings is a big reason it's able to produce so much.

So, the company's production capacity and size make it one of the best suppliers for the increasing demand for global natural gas.

In fact, in the last three years, its sales have jumped over 73%. And last year alone, its profits grew a solid 29%.

Right now, this penny stock trades at 6.25 times its current earnings. That's in comparison to the industry average of 32.47 times earnings. So, the stock is in a prime position for immense growth.

Plus, it also has a VQScore of 4.9. This means we think it could soar even higher...

But our No. 1 best penny stock to buy this week blows the rest out of the water. In fact, it could shoot up into the stratosphere by 650%.