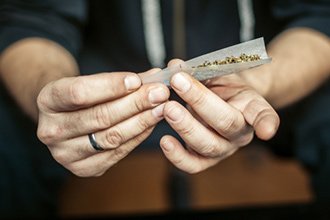 Former Hockey star and four-time Stanley Cup champion Darren McCarty has made a huge career pivot. He's now all in on legal marijuana.

And his latest venture is a massive boon for the best marijuana stocks to buy in 2019.

McCarty has partnered up with Pincanna, a Michigan-based marijuana firm, to help develop his own marijuana strains.

And it's yet another massive buy signal for our top marijuana stocks to buy.

McCarty has been pro-cannabis for years now. In fact, he even grew his own strains in the past.

Plus, he says cannabis saved his life.

Back in 2015, both his heart and liver were in critical condition after years of prescription medicine and alcohol abuse.

Following several stints of rehab, court battles, two marriages, and even a seven-day coma, McCarty put down the pills and bottle in favor of cannabis. This turmoil lasted years, he says, from 1999 to 2015.

And he hasn't looked back since.

In the three years following his switch over to cannabis, The Detroit Free Press says McCarty has lost 60 pounds. Beyond that, he's completely stopped drinking and smoking cigarettes, and he no longer needs his prescriptions for problems like insomnia.

He's made huge progress to the point that at 47 years old, he says he feels 35 again. And he says it's all because of cannabis and even CBD.

McCarty starts and ends his day with CBD and cannabis to get him moving - but also to help him sleep.

If you've been following along with us at Money Morning, you know we're extremely bullish on marijuana stocks.

You also know the benefits of cannabis aren't just hearsay. Cannabis has positive, tangible effects on the body. And its scientific backing will only push the best marijuana stocks to buy in 2019 to greater heights.