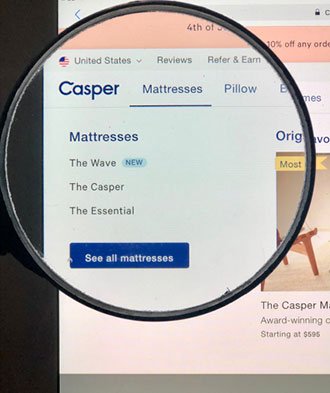 But before we show you this play on Casper Sleep stock, here's the story behind the firm...

But while this may entice some to invest in Casper Sleep stock at its IPO, you may want to hold out...

But competition isn't the only thing to consider when looking at the Casper Sleep IPO...

Meanwhile, highly anticipated firms like Uber Technologies Inc. (NYSE: UBER) and Lyft Inc. (NASDAQ: LYFT) flopped hard - so much so that they're down 21.3% and 43.1% respectively from their first day of trading.

What happened to firms like Zoom and CrowdStrike is all too common for unicorn companies and their IPOs. That's why Money Morning can't recommend investing in Casper Sleep stock at the IPO - at least not before we have a clearer picture of its financials and how it may perform once it goes live.