I dare you to try to find a better "Black Friday" bargain this year.

Go ahead, freeze your butt off standing in line all night waiting to save $25 on that new television set.

If you're looking for a bargain, I've found what very well could be the deal of the century.

Even better, this bargain pays an unbelievable 24% yield right now. 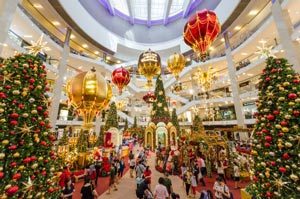 So instead of forking over your hard-earned cash this holiday season, do yourself and your portfolio a favor by investing in a stock that acts more like an ATM, year after year.

If you haven't noticed, we are living in a period of historically low interest rates.

The "new normal" penalizes savers in favor seeking other assets like stocks, real estate, or gold.

What then do we make of a real estate investment trust (REIT) that pays investors 24%?

Sit back and collect those dividends.

But there's a bigger question. What type of REIT pays such an absurdly high dividend?

There has to be something wrong, right?

Usually, the only REITs paying 24% are the ones that are broken or involved in broken industries. In most cases, a yield that high is a warning sign.

That's absolutely not the case with this investment.

Ironically, the industry that is the most broken at the moment is the retail space, the sector that will be front and center this Black Friday.

Retail REITs have been demolished as one retailer after another announces store closings, or worse, going out of business entirely.

Obviously, losing a retailer is not healthy for a retail REIT.

The goal of these properties is to generate stable and consistent cash flows.

Nothing of the sort has been happening over the last five years.

Tenant turnover is a disaster for a manager. It takes time to replace that lost income.

No wonder most retail-based REITs during that time have lost 75% of their value or more.

And yet for some REITs, like my Black Friday deal of the century, the dividend has been still been paid.

Since 2018, many have suggested that the $0.25 per quarter dividend paid by today's REIT would be cut or perhaps eliminated entirely.

Here's the REIT – and how it continues to pay an incredible 24% yield.

While the stock has slumped, pushing the dividend yield higher and higher, Washington Prime paid its dividend.

Most recently, the company announced a quarterly cash dividend… wait for it… of $0.25 per share, payable in mid-December.

Those betting against Washington Prime will have to wait another quarter to see if that dividend will be cut.

A closer look at the data suggests they may be waiting for some time.

Leasing this year at Washington Prime properties has been strong, increasing 13% year over year.

Occupancy sits at 92.9%, having decreased by a little more than 1%, attributable to bankruptcies of tenants like Charlotte Russe, Gymboree, and Payless Shoes.

Most importantly, the company is working furiously to repurpose many of the empty department store locations across its portfolio.

That said, it's a mistake to think such valuable retail property will sit idle in perpetuity.

That's the beauty of economics and Adam Smith. The owner of the property – in this case, Washington Prime – is heavily motivated to put that space to use.

Instead of disappearing entirely, the retail model is evolving to deal with an online customer.

Considering the vacancy rate at Washington Prime, many of these retooling efforts are paying off – or they will pay off in the near future.

All of that is to say the $0.25 per quarter dividend appears to be safe.

The longer the company maintains the dividend, the more investors are going to buy this stock.

I wouldn't be surprised if all that buying momentum doesn't push the stock above $10 per share in 2020.

That would be more than double the current price.

America's No.1 Pattern Trader is going live on camera to show readers how they can make hundreds, even thousands, of dollars in extra income.

You see, he's found a way to predict the future buying patterns of nearly every stock on the market. And with this trick, he's lining up major payday appointments left and right.

We're talking about cashing in on some of the biggest stocks on the market: Netflix, Apple, Facebook, even Amazon.

The best part is this options trading strategy is super easy to understand and even easier to put to action.

All it takes is three simple steps, a few clicks of your mouse, and you're on your way to what could be life-changing wealth…