The United States and China agreed on a "phase one" trade deal this week.

Sounds like great news for Chinese consumer goods and U.S. auto manufacturers like Tesla Inc. (NASDAQ: TSLA) eyeing the Chinese market. But it's even better news for the U.S. energy sector. 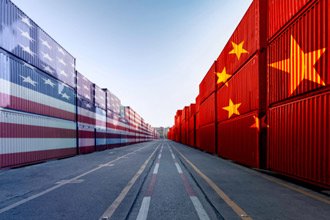 In fact, one company expects to add more than $11 billion to its top line through a partnership with China National Petroleum Corporation, thanks to the terms of the deal. And that's our best stock to buy as the trade war resolves.

Here's why the trade war deal is good for energy firms, including the stock that could benefit the most from improved relations between the United States and China.

Who Benefits from the Trade War

A Reuters report said the phase one terms included China purchasing at least $200 billion worth of American goods over the next two years.

This is great news for our top energy stock, but not in the way you might think.

This country is the second-highest LNG consumer in the world. And it has already made a deal with an American supplier.

There was a 10% levy placed by China on U.S. LNG last year. And as trade war tensions escalated in the spring of 2019, it was reported that not a single LNG vessel traveled from the U.S. to China between March and April.

That's kept a lid on this stock, but with the trade war slowing down, this company could be in line for a big expansion in China.

It's also not relying solely on handshake purchase agreements to keep the Chinese market either. It's already got a foothold, and as the trade war subsides, it has plans to sink that foot deeper.

We've recently seen incentives for both sides to reach a deal. China's vulnerability has started to show as its economic growth has visibly stagnated in response to the events. It saw 6% growth at the end of the third quarter, the lowest since 1992.

And if we're headed towards a trade war resolution, this is the best energy stock to buy…

The Surprise Winner of the U.S.-China Trade Deal