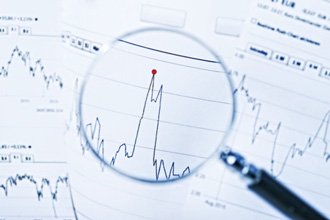 We're in the midst of historic volatility.

Monday, the Dow Jones Industrial Average rallied 1,293 points (5.1%). It was the largest single-day point gain the Dow had ever seen.

Of course, that volatility followed last week's dismal performance, when the Dow tanked more than 3,500 points (12.4%).

Take Action: Market volatility has everyone on edge, but we have 3 steps you can take to protect your money and even set yourself up to profit. Click here…

The reversals have been absolutely dizzying.

So we turned to our team of experts at Money Morning to determine what's next for the markets in the wake of coronavirus fears and the U.S. Federal Reserve lowering rates again.

Here are their stock market predictions, and how you can protect your money during this extremely volatile time…

It's impossible to predict exactly what the market will do next. But you can be certain this volatility will continue.

The coronavirus epidemic is what economists refer to as an "exogenous shock." It's an impossible-to-predict event that didn't happen because of economic reasons.

And this exogenous shock came at a time when markets were at all-time highs.

That's one reason Money Morning Founding Editor William Patalon, III, says we can expect more down days in the near future.

"In short, stocks were expensive," he said. "That magnifies risk at any time. But risks are particularly exacerbated when earnings forecasts begin to wobble."

As Money Morning Capital Wave Strategist Shah Gilani points out, this is a global issue.

"Equity prices are falling because global commerce is being impacted to the point where companies have been shuttered, cities have been quarantined, countries' institutions including schools in Japan are being closed, and consumers are losing confidence in governments' abilities to stem the growing pandemic," Gilani said.

It may be a global problem, but U.S. markets will feel the pain.

"U.S. equities will enter bear market territory, quickly posting more than 20% losses from their February highs, but will be the first to bounce higher as America once again becomes a global haven for capital and investment," Gilani continued.

Earlier this week, the Federal Reserve slashed interest rates 0.5% to try and steady the market and lift the economy. But Gilani says the move won't have the intended outcome the Fed is hoping for.

"Lowering rates, even a 'concerted' lowering of rates by several central banks working together, in the face of already low rates, isn't going to be economically stimulative," he said. "Besides, the flight-to-quality trading that's driven hundreds of billions of dollars into U.S. Treasuries, for example, has already dramatically lowered rates!"

"Central banks lowering rates now is like opening the barn door after the horses have already bolted," he continued.

So how much lower will the market actually go?

But no matter what the market does from one hour to the next, you can be prepared. That's why we created the following "action plan" for investors to weather this volatility.

Not only will this plan preserve your wealth, but it will also give you a chance to profit while others panic.

How to Handle Your Portfolio During Extreme Market Movements