Most of the IPO market struggled in early 2020 after the coronavirus hit. IPO activity fell by 48%, and proceeds form IPOs fell by 67% in April-March. Most business leaders did not trust the volatile public markets.

However, as you would expect, healthcare IPOs were a special case. Thanks to the health scare, investors saw more opportunities in the healthcare market than anywhere else. 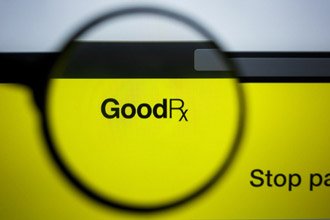 There were plenty of healthcare IPO announcements too, including names like GoHealth, Progyny, and One Medical.

More recently, we just found out about the GoodRx IPO. This is an exciting young healthcare industry leader, founded in 2011.

GoodRx filed its S-1 with the U.S. Securities and Exchange Commission on Friday, Aug. 28.

Why GoodRx Stock Will Be a Hot Buy

Prescription drug prices can vary widely because they are not regulated. You could be paying $100 more "between pharmacies across the street from each other," as the company puts it.

In cases where insurance won't cover more than 20% of the cost, prescriptions can hurt your wallet, to say the least.

GoodRx helps by providing up-to-date prices and discounts for the drugs you need. All you need to do is go on the website and use its search engine for whatever drug you need.

The company says about 18 million people could not have afforded to fill their prescriptions without the savings from their platform.

GoodRx is expanding into much more, however. And that's probably why it's had some financial success in the last decade…

The company reported profitability as early as 2016 – the earliest year on the prospectus given to the SEC.

Profitability for young startups like this is rare. Many will typically be burning cash to grow their business.

But GoodRx has managed to profit and penetrate new markets at the same time.

Best Stocks: Three of the best stocks to consider buying today: These picks belong in every portfolio. Learn more…

In fact, GoodRx reports its total addressable markets is around $800 billion. $524 billion of that is the prescriptions we already mentioned. But it has a whole $250 billion more since 2019.

This partnership could not have come at a better time, with the coronavirus outbreak right around the corner.

As nations locked down, creative solutions were needed to prioritize patients. Some appointments could obviously be made by video instead of in person.

This created a boom in telemedicine. Telehealth visits were up 50% during the pandemic, according to CNBC.

Now, with telemedicine still growing, and a growing work-from-home culture, it doesn't look like this industry can be stopped.

Profitability and future prospects are great. But should you buy GoodRx after the IPO?

When Is the GoodRx IPO Date?

We don't have an official date for the GoodRx IPO yet. But we know the GoodRx stock symbol is going to be GDRX. The stock will trade on the Nasdaq.

The company hopes to raise $100 million in its IPO. It was valued at $2.8 billion back in August 2018. But don't be surprised if that number has grown by the time it goes public.

GoodRx is a promising company with a growing consumer base. The company reports 4.4 million monthly active users as of Q2 2020.

Ninety-seven percent of this company's revenue comes from the prescription service right now. But the telehealth industry is an undeniable opportunity.

There is a good chance of growth ahead. But if you decide to invest, make sure you time it right.

IPOs tend to inflate a stock price. It's fueled by excitement, and often you'll see some volatility after the IPO. This happened with Lyft Inc. (NASDAQ: LYFT), which fell from a peak of $78 to just $28. That's a 64% loss in a little over a year.

That is not to say GoodRx will share that fate. In fact, GoodRx looks… good.

Just make sure you watch carefully as more financial information is unveiled. Keep a close eye on leadership. Make sure you can be confident you are making the right decision investing in GoodRx.

Before, and even shortly after IPOs, the amount of information is enough to say it could go either way. Remember, there are stocks that are already public that could be less risk, greater reward…

Three Stocks Even Better Than GoodRx