The Allbirds IPO filing came on June 29 and valued the company at $2 billion. Traders will see Allbirds stock on the New York Stock Exchange soon. The question is - will they want to buy?

Sure, everyone wants to see about investing in a talked-about brand like Allbirds. But "story stocks" like these always come with a problem... 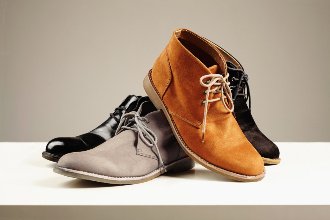 Stocks that make headlines can often be pumped to insane levels leading up to the IPO, only for early investors to find out the stock price did not reflect the company's real value.

Let's find out whether or not Allbirds fits that category...

Allbirds made a name for itself by pitching environment-friendly shoe designs. The sustainable materials used to make its shoes include sugarcane, crap shells, trees, sheep's wool, and more.

It leans hard into the sustainability theme, boasting 100% carbon neutrality over the last two years.

The name of this San Francisco-based company is a wink to New Zealand, a country famous for having no native land mammals. This is likely courtesy of founder Tim Browh, an ex-soccer star for New Zealand.

Yet, for such a short time, Allbirds garnered notable success.

Most notably, it partnered with Adidas to create "the world's lowest carbon footprint running shoe." Yes, it actually measures the amount of carbon emitted from producing each shoe and seeks to reduce that number.

This Adidas partnership was its first attempt at limiting the carbon from developing a performance shoe.

Allbirds wants other fashion labels to get in on the sustainability action as well. It invites other companies to use its Carbon Footprint Calculator in a campaign telling the fashion industry: "Don't hide your pollution."

At first, this might all sound like posturing. But the product is gaining traction with big names like Leonardo DiCaprio, Barack Obama, and Matthew McConaughey so far.

DiCaprio is a longtime environmental advocate and was even an early investor in Allbirds. The shoes have earned a cult following as a result.

So, it came as no surprise when the company breached $1 billion valuation - $1.4 billion, in fact - after a 2018 fundraising round. That made it a "unicorn" startup.

This was around when people were starting to get excited about Allbirds. It has since lived up to the hype.

But for all the sustainability talk - can Allbirds sustain its brand to the IPO and beyond?

For starters, Allbirds is not yet profitable - not that it should expect profitability this early in the game. The sustainability story and fast global growth still attract investors.

Still, many shrewd investors won't budge on a "story stock" until they see some hard numbers to support the hype. And you can't blame them - investing in an unprofitable company is risky.

This is especially the case amid a pandemic, where the market seems to gravitate increasingly to the bare essentials rather than fashion. Allbirds did not fare well in 2020, growing its net loss from $14.5 million in 2019 to $25.9 million.

Despite this, Allbirds continues to make headlines, which is also not surprising.

Companies that come across more mission-driven than profit-driven tend to do well in the headlines. Duolingo Inc. (NASDAQ: DUOL) and Honest Co. Inc. (NASDAQ: HNST) come to mind. Both had IPOs this year.

The difference between DUOL and HNST, though, was that one delivered the numbers, and the other didn't.

Duolingo is, in fact, profitable. Honest Company is not. And this certainly played a role in Duolingo stock climbing 68% post-IPO, versus Honest losing more than half its share price.

Profits matter; there's no way around it.

Should You Buy Allbirds Stock?

Allbirds falls on the super-transparent end of the spectrum as far as consumer goods are concerned. It openly measures the material, transportation, and other factors involved in emitting carbon.

It's backed by big-time celebrities, driving the brand further into the public psyche. And it has the receipts to show it's not all talk.

The company donates all returned shoes to Soles4Soles, which then sends them to provide shoes to people in impoverished countries.

If you're rushing to doubt this stock, you might be dismissing the importance of the environmental, social, and governance (ESG) trend that shapes the future of investing. Eighty-eight percent of banks worldwide either have or plan to develop an ESG policy, according to Statista.

That means banks will be interested in companies like Allbirds - that is, if Allbirds can put its money where its mouth is.

Every emerging industry carries dud companies riding the coattails of the real winners. You don't have to look far - marijuana, electric vehicles, and possibly the biggest culprit, biotech. All have seen a mix of big-time growers and one-hit wonders.

Where does Allbirds land?

That's unfortunately going to depend on a couple volatile issues...

The future of the pandemic will affect this stock, as Allbirds hopes to get a big chunk of revenue from more brick-and-mortar locations. Today, it has 27 but wants hundreds around the world.

The other issue, of course, is that no matter how many celebrities endorse the company, it doesn't promise long life for the brand. Fashion brands come and go quicker than you can say "Abercrombie."

If the company were profitable, it might make a solid ESG play. But so far, nothing really makes this one stand out. This is a risky IPO buy for now.