IHS stock goes public soon. The African infrastructure company wants a valuation of $7 billion after selling 22.5 million shares in the range of $21 to $24. That would amount to $506 million at the peak of its range.

This could be the largest IPO by an African company on a U.S. exchange. It's a tower company with massive reach, partially owned by tower giant MTN, which operates 30,000 towers across Africa, Latin America, and the Middle East. 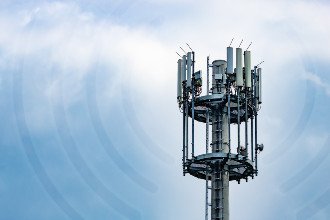 This IPO falls in line with a trend taking place right now. Demand for infrastructure investments is on the rise. And tower operators in several continents want to take advantage of that.

This hasn't been all sunshine and rainbows, however.

The volatile markets in 2020 due to the pandemic kept IHS from following through on IPO plans.

That's changed now. But where does IHS stack up relative to other infrastructure companies?

Let's talk about it.

IHS owns and operates shared communications infrastructure. It partners with mobile network operators which then offer wireless voice and data services to customers.

Basically, IHS is the initial supplier, the ground-level of mobile communication.

It also happens to be one of the largest telecom companies in the world. IHS plays a role in enabling communications for 600 million people in three continents. Its main focus is in Nigeria, but IHS hopes to expand outside of Africa over the next several years.

It first helped African infrastructure get its start in the early 2000s. Since then, the company made many acquisitions and built over the years to get to where it is now.

Today, it's the largest company of its kind in six of the nine markets where it competes.

IHS is profitable. For the six months ended June 2021, the company was $77 million in the green.

Its revenue is also growing fast, making the company profitable for the first time in 2020 after taking a nearly $200 million loss in 2019.

Profits often help support any buy case for an IPO stock. And accelerating revenue adds to that.

However, this company is also high in debt. This makes sense, since it's expanding aggressively outside Africa. It just struck deals in Brazil and Colombia in 2020.

Investors should expect a fast-growing company and an industry filled with whales to start out taking on a lot of debt.

Should You Buy IHS Stock?

The risk of buying an IPO stock can often be minimized by the potential an investor sees in the industry where the company operates. And telecom certainly has future potential.

Global telecom is projected to grow rapidly as use cases for 5G technology start to evolve. It especially has potential to grow fast in Africa, where many places outside the urban settings have yet to be reached with better Internet access.

With this stock, you might have to be careful of mistaking it for a different stock that's already traded publicly. There is a stock called IHS Markit (NYSE: INFO), or "Information Handling Services" that comes up when you search. This is not IHS Holding but a London-based aerospace engineering information company.

This IHS is not yet public and will trade on the Nasdaq simply under the ticker "IHS."

IPOs can be risky since the long-run outlook is always in question. But with a company this big, in an industry with this much potential, if you can get it within the targeted range, it would not be farfetched to expect steady growth down the road.

It probably won't do anything crazy in the near term, though. If you're looking for a quick pop, here's another IPO stock set to do just that...