A positive shift in crypto-related news and a massive buying spree sent the price of Bitcoin soaring past $55,000 over the past week. This latest rally means our Bitcoin price prediction is within striking distance. 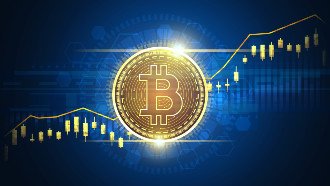 It's the highest Bitcoin has been since mid-May, though still well short of the all-time high of just under $65,000. The price has since stabilized around $54,000.

The sharp rally reversed a September decline that had dragged Bitcoin down to the $41,000-$42,000 range.

It also took many short sellers by surprise. More than $200 million worth of short positions were liquidated.

To be honest, practically no one saw this rally coming.

Over several days, multiple smaller triggers pushed the price past $50,000. Then one or more whales - deep-pocketed crypto investors - placed buy orders worth $1.6 billion over the span of just a few minutes. The Bitcoin price immediately shot up 4.5% for an increase of $2,400 per coin.

But that was just the capstone of the rally. Let's take a look at all the elements that were feeding the bullish momentum before the whales stepped in...

Anatomy of a Bitcoin Rally

Through much of September, Bitcoin was battered by a string of negative news - ranging from yet another Chinese ban on cryptocurrencies to rising criticism from U.S. regulators.

But that changed as the month drew to a close. While each development wasn't quite big enough to propel a rally on its own, together they had enough juice to reverse investor sentiment.

It's easy to see how a crypto whale would view these events collectively as a buy signal.

So what does this "flash rally" mean for investors? And where does Bitcoin go from here?

Our Bitcoin Price Prediction for 2022 Is on Target

This rally is a reminder that Bitcoin often makes sharp, sudden moves. That volatility is why investors should avoid risky strategies when trading cryptocurrencies. You can get wiped out.

As noted above, this rally liquidated a lot of short positions - traders who were betting that the price of Bitcoin would fall. Likewise, the mini-crashes earlier this year clobbered people with leveraged positions in Bitcoin. The crash in May liquidated $6.5 billion worth of positions.

So don't be greedy or foolish. You can make money in crypto just by accumulating a position like you would a stock. Bitcoin investors call that "stacking sats" - a sat, or satoshi, being the smallest unit of Bitcoin.

This slow-and-steady strategy builds your position without leaving you vulnerable to Bitcoin's volatility. When the price drops, buy more. Just don't invest more than you can afford to lose. When the price goes up, you can think about a little profit-taking. Keep it simple.

Another point this rally has reinforced is that the despite all the volatility, the Bitcoin price trends up over time. Even at $55,000, you haven't "missed it."

As far back as January 2020, I predicted Bitcoin would reach $100,000 by the end of 2021. That lines up pretty well with current forecasts from crypto analysts. That would just about double your money in less than three months.

Of course, you can never be 100% certain of what Bitcoin (or any investment, for that matter) will do. But Bitcoin's momentum on Wall Street and within the larger investing community continues to pick up. And we know that no matter how much demand increases, the supply is fixed. That suggests the Bitcoin price will continue to rise for years to come.

In the short term, many expect Bitcoin to surge toward its all-time high of about $65,000. If that milestone is breached, Bitcoin is likely to rocket higher as we approach the end of the year.

"I think you'll easily go over $100,000, and then depending on how sharp the rally is, it's also likely to touch $200,000 or even go above that," Litecoin creator Bobby Lee told the Cointelegraph.

Bitcoin analyst PlanB, well-known in the Bitcoin circles for his "stock-to-flow" model of predicting Bitcoin prices, recently noted on Twitter that he had correctly forecast the closing Bitcoin price for August ($47,000) and September ($43,000). PlanB added his end-of-the-month targets for the rest of the year: October, $63,000; November, $98,000; December, $135,000.