Vita Coco stock goes public through Robinhood IPO Access soon. Since chances to buy IPO shares are so few and far between, investors will jump at the chance.

When an IPO is popular, this can send the stock soaring. But that's not the only reason to expect a pop after the Vita Coco IPO.

The coconut water brand controls nearly half of this budding industry. You've probably seen it on the shelves at your nearest supermarket. The brand shows up everywhere. 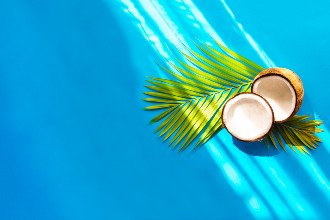 Now, you'll be able to find its shares on the Nasdaq under the stock symbol COCO.

And while you might think this company thrives on a mere passing trend, think again. Vita Coco makes a great case for a long-term hold by capitalizing on more than one big consumer movement.

This company wants to "own the coconut." It's built a sturdy base for its brand to do just that. And now, it's amplifying that brand even further with an IPO.

Vita Coco hopes to raise $224 million by selling 11.5 million shares priced between $18 and $21. It's shooting for a valuation of nearly $2 billion.

What Is Vita Coco?

Vita Coco is a coconut water brand based in New York City. It was founded in 2004 by Mike Kirban and Ira Liran.

Kirban and Liran learned about "agua de coco" from two Brazilian women at a bar, which got them searching for ways to package the commodity.

And they found the way. Today, coconut water has taken the world by storm. The Vita Coco brand shows up in over 100,000 retailers across the United States and has reached a total of three countries including Canada, Japan, New Zealand, China, and most of Europe.

A large part of the brand's success has to do with early adoption by celebrities. Names like Matthew McConaughey, Demi Moore, Rihanna, and Madonna provided their celebrity endorsements starting back in 2010.

More than celebrities, however, plenty of Vita Coco's success has to do with marketing genius as well. Seeing that coconut water needed an extra boost with male consumers, it also started a parallel marketing campaign in 2010 targeting football, baseball, and basketball audiences. Coconut water would be considered a healthier way to get electrolytes than Gatorade. Vita Coco could capture the biggest audience by billing itself a natural, lower-sugar energy drink substitute.

It did this right on time, as consumer preferences continue to tilt in a more health-conscious direction. According to Deals on Health, nearly 50% of Americans aim to include organic food in their diet. These might choose coconut water over Gatorade, whether post-workout or simply staying hydrated.

Now, building on the strong reach of its brand, Vita Coco aims to expand its product portfolio with other juice blends, coffee, sports drinks, and even coconut oil. This demonstrates forward-thinking and management prowess.

Now, here's how that translates to financial reports...

No, Vita Coco is not yet profitable. But revenue is on the rise, a good sign when deciding if you want to buy an IPO stock.

People like coconut water. It does not appear to be going away.

Vita Coco holds 44% of the U.S. market share. And it's gaining ground in other countries around the world, as we mentioned.

So, this company could be unstoppable. Here's how you play Vita Coco stock on Robinhood IPO Access...

Should You Buy Vita Coco Stock?

Chances for retail investors to buy IPO shares are few and far between. Robinhood gives us an opportunity to buy on the pre-IPO bump.

Even if you sign up for Robinhood IPO shares, you're not guaranteed to be chosen. But for some stocks, it's worth putting your name in the hat.

Vita Coco is one of those.

This is a buy on Robinhood, not just because it's going to be a popular IPO, but because it has a strong long-term consumer case.

Coconut water is a delicious, healthy alternative to other health drinks and sodas. People are looking for just that, increasingly so. And Vita Coco happens to be one of the most dominant companies in the "alternative" drink market.

But what if the coconut water craze dies down?

Again, remember, the Vita Coco brand encompasses more than coconut water. The company wants to "own the coconut." Its solid foundation, after a couple decades of branding, has put that in reach.

Long story short, a growing portfolio of products could take this company further in the years to come.

If you can get your hands on some Vita Coco stock early via Robinhood, go for it. This is a popular brand, and you may at least see a pop in its early days due to a trading rush.