Yet another Bitcoin mining company just had an initial public offering.

Australia-based Iris Energy stock started trading today (Wednesday) on the NASDAQ under the ticker IREN. It's one more option among many for investors seeing equity-based exposure to Bitcoin. 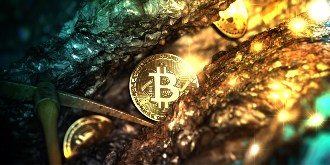 In addition to availability through the major brokerages, investors can buy Iris stock though Robinhood (it was also featured on the app's IPO Access section).

The company says it will use the approximately $215 million raised to pay for new Bitcoin mining equipment and the data centers where that equipment will be installed.

You can read my thoughts on Stronghold here.

As for Iris, it is not just another run-of-the-mill Bitcoin mining company. It's taking a unique approach - one that company executives believe will give it an edge in a very competitive space.

Iris was founded by brothers Will and Daniel Roberts, both of whom had previously held various jobs in the investment industry. Daniel started out at PwC and Macquarie Group and later was involved in the infrastructure and renewables markets. Will was a vice president at Macquarie in the Commodities & Global Markets division.

The brothers are clear-eyed businessmen who recognized an opportunity in Bitcoin mining and set out to exploit that opportunity as efficiently as possible. They launched Iris in 2018.

Whether you're a veteran crypto investor or just looking to get exposure to this exciting market, we've got a free report to help you find the best crypto investments.

David Zeiler has partnered up with another crypto expert, Nick Black, to make this report available to you.

David and Nick explain a very simple way to analyze an asset to see if it's worth owning.

Check it out right here...

One of the things they recognized early on was the importance of using renewable energy to mine Bitcoin. Iris says 98% of its energy is sourced from renewable energy, and it intends to maintain that focus as it grows.

That strategic decision proved prescient this year as Bitcoin critics have attacked the energy use of the mining network and accused the cryptocurrency of contributing to climate change. That makes Iris more appealing by easing concerns about sustainability issues.

To minimize costs, Iris aims for as much vertical integration as possible. So it not only owns the Bitcoin mining equipment, but the data centers, the land they sit on, and even the substations they use to connect to the electrical grid.

In its roadshow presentation, Daniel Roberts made a point to mention that Iris doesn't hold or speculate on cryptocurrencies, and has no interest in such crypto activities as DeFi or the NFT markets.

For Iris, it's all about creating cash flow.

Now let's look at this company's prospects from an investor's perspective...

Should I Buy Iris Stock?

For the most recent quarter, Iris reported a net loss of $500 million on revenue of $10.6 million.

Such numbers can be misleading with startups since they're typically investing a lot of money into creating the business. That's where the price-to-sales ratio is useful.

Iris Energy's revenue for the 12 months ending Sept. 30 was about $17 million. A price of $24 puts IREN's P/S at about 77 - which is high, although not terribly out of line with its peers. RIOT has a P/S of 39 and MARA has a P/S of 102. And that P/S ratio doesn't account for the huge increase in revenue Iris will get from its aggressive growth strategy.

Iris has ordered Bitcoin mining equipment that will increase its hashrate from 0.7 exahashes to 15.2 exahashes by September 2023. Deliveries are monthly. It has also planned for the electricity infrastructure needed to run those miners.

As Iris pays for the miners on order, more of that revenue will fall to the bottom line. The rising price of Bitcoin could also drive up gross margin. That's already happened: The company reported gross margins of over 40% for fiscal year 2020, 68.5% for FY 2021, and 84.7% for the September quarter.

Of course, the risk here is the volatility of the price of Bitcoin. It could soar past $100,000 and stay there or fall back to $30,000. And while Iris will continue to add hashpower, so will all the other miners. Bitcoin mining has always been an arms race, after all.

But Iris claims it can remain profitable even during Bitcoin bear markets. The idea is that its low cost of operation will allow it to keep its miners running at a profit while those with higher costs are forced to stop mining or do so at a loss. Fewer miners mean more Bitcoin to go around for those still operating, like Iris.

And if the Bitcoin price soars, Iris will have the capacity in place to milk it for all it's worth.

For investors who want to invest in Bitcoin via the stock market, the Iris Energy IPO is a compelling choice.

While the share price will be strongly tied to the price of Bitcoin, the company's approach of selling all coins immediately limits its exposure to the volatility. And the emphasis on using renewable energy broadens the pool of potential investors.

I also like the focus on cost savings via vertical integration and the ambitious road map for growth. Assuming Bitcoin continues its rise over the next two years, Iris stands to become a very profitable operation.

This early drop in the Iris stock price means you can get in below the offer price - a rare bonus for retail investors. This stock could easily double or triple in that time span and, if the Bitcoin price gets to $200,000, could pop as much as 5x or more.

There are two tiny coins from a whole new class of cryptocurrencies, and they could very well crush Bitcoin's performance by 10X over the year ahead.