If you're a fan of blockchain technology, chances are you could argue that the internet could be much better through decentralization. And the rise in cryptocurrencies has led to a push for decentralization across the web. 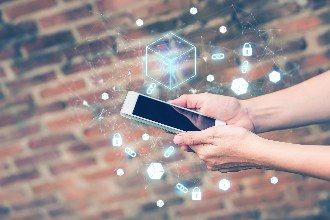 Blockchains allow for decentralized finance and apps in attempt to hand power back to the users rather than larger corporations and companies. But if there's one area that still is thought to have too much oversight, it's social media.

This is what Decentralized Social is pushing to change. And thanks to DESO coin's recent listing on Coinbase, it's been put into the spotlight.

So, how high can DESO move? That's what we're here to find out...

But first, let's dive into what it "decentralization" means and why it matters.

Decentralization is the idea of making something more democratic to give power to the users. This can be applied to finances, which is what Bitcoin originally set out to do, to the metaverse, and even to different applications. It's a way to add more balance to the current imbalance of power that comes with the internet.

And that power is largely held by large tech companies like Alphabet, Amazon, and Meta Platforms. These tech giants are able to use the internet in a way that best fits their business models since they have a monopoly, more or less, on the web.

Not only do these platforms all have their own rules, but they also have seemingly unlimited power to act however they want. This is partly why the U.S. government has been probing the leaders of these major tech companies for unethical behaviors.

Meta, for example, was found guilty of emotionally manipulating its users.

This is where Decentralized Social comes into play...

What Is Decentralized Social (DESO) Coin?

Decentralized Social is a blockchain network that wants to remove power from those tech companies and allow anyone to launch their own social media platform on its open-source network.

In short, it makes social media platforms more of a community-curated experience.

Rather than be a multipurpose blockchain like Ethereum or Solana, Decentralized Social targets this specific area - which is also a huge growth opportunity for DESO. While other blockchains might focus on disrupting the financial sector, the $1.5 trillion market of social media has yet to be tapped.

And Decentralized Social offers a solution that grants users more control over their data, which has been a hot topic since the Facebook/Cambridge Analytica data scandal back in 2018.

As a bonus for both creators and developers, they are able to better monetize their work by converting posts into non-fungible tokens (NFTs) and selling them for money. Users can also tip them, should they feel so inclined. Again, it creates social media platforms that feel more like a community than an outlet to angrily rant on.

As of now, there are about 100 different apps running on Decentralized Social's network - a number that's sure to grow as decentralization continues to gain popularity. In turn, this will help push DESO crypto higher.

But there's a catalyst that's moved DESO crypto into the spotlight...

On Monday, DESO crypto was listed on the popular crypto-trading platform Coinbase. This caused the crypto to jump - but gives it more public access.

Traders can now either swap assets for DESO or trade DESO for other plays. While the latter looks to appeal to those who held DESO before the listing, the overall result was the rise in DESO prices.

And DESO trading volume exploded after the listing. More than $4.5 billion worth of DESO traded on Tuesday, marking a 1,000% increase in volume over Monday.

While DESO is down by 36% today, don't rule out this crypto's potential just yet. In fact, DESO crypto trending lower is a great way to get in on this unique crypto witch some great potential at a cheaper price.

According to Coin Price Prediction, DESO crypto has the potential to move as high as $595 per coin one the next five years. If you were to buy DESO today at $102, that could hand you returns of more than 480%.

Price Prediction has an even more bullish outlook on DESO, with the crypto moving more than 800% higher to hit $1,325 per coin.

Regardless of how bullish you might be, all signs point to growth when it comes to DESO crypto.