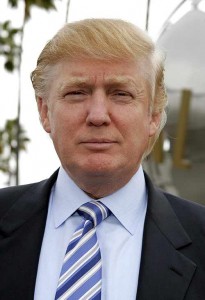 We just got a glimpse of Donald Trump's portfolio and discovered he's already in position to profit from a company that's behind what we believe to be a unique opportunity to double your money.

You see, the billionaire has built up a sizeable position — spending as much as $1.55 million of his own money — in one specific technology company.

And he's not the only one…

Our research shows that insiders — C-level executives including the CEO himself — have pumped more than $24 million into the same company.

It has to do an advanced new technology that's getting rolled out in 2016.

And do it quickly.

Money Morning Executive Editor Bill Patalon estimates this company's stock will run up by 208% in the short term – and spike by as much as 553% as this rollout goes on.

Click here to learn more about investing in this opportunity — like Donald Trump — before it runs up.