Richard Duncan, formerly of the World Bank and chief economist at Blackhorse Asset Mgmt., says America's $16 trillion federal debt has escalated into a "death spiral, "as he told CNBC.

And it could result in a depression so severe that he doesn't "think our civilization could survive it."

And Duncan is not alone in warning that the U.S. economy may go into a "death spiral."

Since the recession, noted economists including Laurence Kotlikoff, a former member of President Reagan's Council of Economic Advisers, have come to similar conclusions.

Kotlikoff estimates the true fiscal gap is $211 trillion when unfunded entitlements like Social Security and Medicare are included.

However, while the debt crisis numbers are well known to most Americans, the economy hasn't suffered a major correction for almost 4 years.

So the questions remain: Is the threat of collapse for real? And if so, when?

A team of scientists, economists, and geopolitical analysts believes they have proof that the threat is indeed real - and the danger imminent. 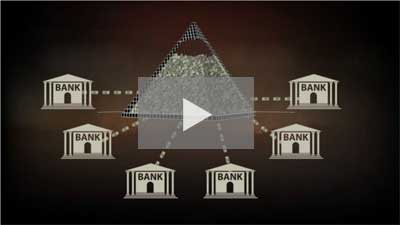 This presentation shows how banks are escalating the collapse...

The work of this team garnered such attention, they were brought in front of the United Nations, UK Parliament, and numerous Fortune 500 companies to share much of their findings. Click on the short video above to see a sample. to see charts, facts, and details.

Keith Fiz-Gerald: Germany's military held a secret investigation into this unsustainable pattern and concluded it could lead to "political instability and extremism." Details here

Fitz-Gerald also warns of a period of devastating inflation. A recent survey, reports USA Today, notes that in the coming years it could take $150,000 a year in household income for a family to afford basic living expenses - and maybe go out to a movie.