Total Wealth is Shah Gilani's three-times-a-week newsletter where he shows you how Wall Street's high-stakes game is really played - and how to win it.

Whether you've been trading for a week or several years, chances are you've found yourself frustrated with a seemingly "sure thing" that turned out to be a dud.

Or maybe no matter how hard you try, you can't match the S&P 500, let alone beat it.

It's not your fault. There's a simple explanation, and it's designed to keep investors in the dark -

It's the ultimate private money club where hedge fund millionaires, traders, politicians, and regulators are all shaking hands behind closed doors, scheming together to make yet another buck for themselves - at your expense.

You can't beat the system. Wall Street is the system. And it's designed to take your money.

But you can learn how to play it.

You just need someone who's been on the inside... someone who knows exactly how the game is played and who's been making a killing in the markets for years.

Shah Gilani is that insider. 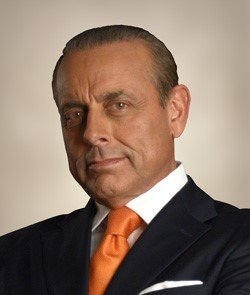 As a member of Total Wealth, you'll not only get the latest dirt on Wall Street's most crooked players, you'll get the best stock picks, ETF recommendations, short and long plays, risk management strategies, and more.

And you'll get it all free of charge.

Total Wealth is published by Money Map Press, a world-renowned, 100% independent financial publisher. Our sole source of income is selling subscriptions to our paid newsletters and trading services.

That means you can trust what we tell you, because we have no conflict of interest. We are completely dedicated to showing you the biggest trends, the tactics for trading them, and the tools you'll need to build a lifetime of wealth.

Shah's been "in the game" since 1982, when he launched his first hedge fund from his seat on the Chicago Board Options Exchange. He worked in the pit as a market maker and refined his knowledge of the credit markets on the trading desk of Lloyds Bank in London.

Shah has helped his readers make a lot of money. He's helped call hundreds of 100% winners on some of the biggest names like Amazon and Apple... but without paying Amazon and Apple prices.

His trades are constantly outperforming the S&P 500, which means extra money in your pocket... not the pockets of Wall Street millionaires.

Shah is a frequent guest on CNBC, Forbes, and Marketwatch, and you can catch him every week on FOX Business's "Varney & Co."

Sign up below to get Shah's updates delivered to your inbox as soon as they're released.