Right now, there are planes full of travelers heading to Las Vegas with dreams of striking it rich. These starry-eyed gamblers would greatly improve their odds by learning how to count cards.

Yet, as we learned in the movie "21", where six MIT students team with Micky Rosa to become expert card counters and "bring down the house," this highly illegal technique carries dire consequences.

You may not be able to count cards at the blackjack table, but counting historical trends of the stock market and discovering inflection points are not only legal strategies, they are essential to successful investing.

One "card" worth counting is the Purchasing Managers' Index (PMI), which measures the manufacturing strength of any given country. A rising PMI indicates a growing economy and is considered a leading indicator.

There are three different types of indicators: coincident, lagging and leading. PMI is considered a leading indicator, meaning its movement historically occurs three to six months before the market reacts.

In China, the PMI just crossed above the three-month moving average. Historically, there's a 67% probability that Hong Kong and China stocks, as measured by the Hang Seng Composite Index, will trade higher over the following three months when this happens. So far in October, the index is up 3.2%, and if this historical trend is sustained, we should see continued positive performance.

This could be an "ace in the hole" for investors after a dismal September, which saw emerging markets decline 17%, and U.S. equities fall 7%, according to ISI Group. We also saw the largest amount of money pulled from emerging markets since the fourth quarter of 2008, according to UBS AG (NYSE: UBS). For the first time in several months, the monthly change in foreign exchange reserves declined double digits.

Three sectors-financials, materials and oil & gas-were primarily responsible for the dismal returns, say Bijal Shah and Stan Shipley from ISI, with emerging markets feeling the brunt of this downturn. That's because the makeup of many emerging market indices primarily consist of these three sectors. 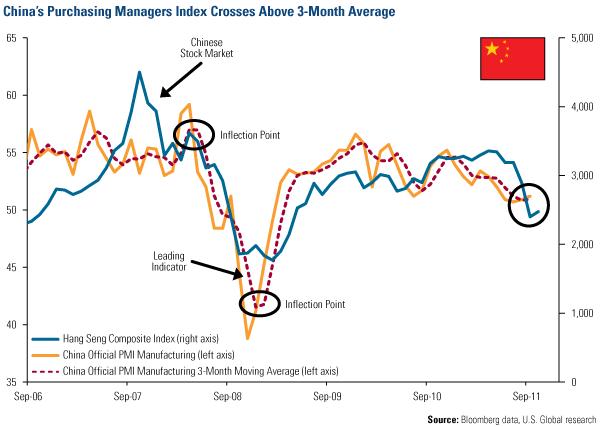 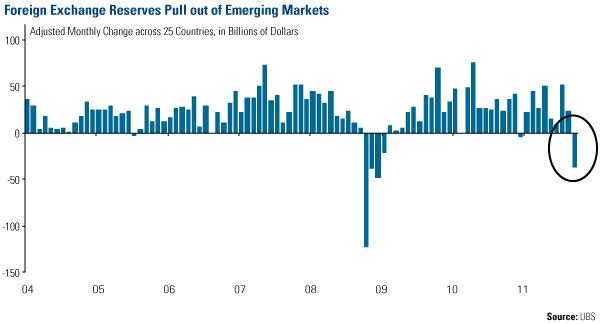 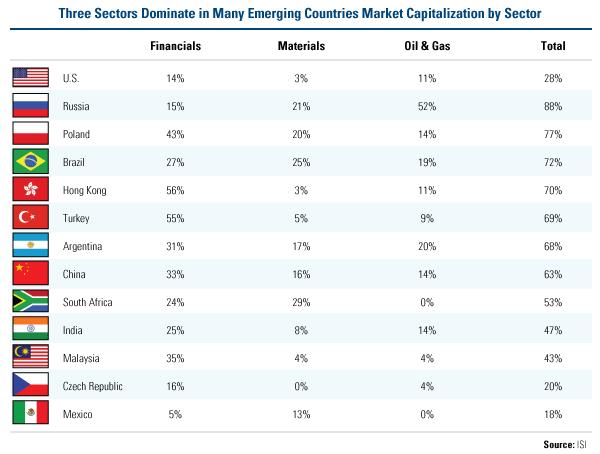 It's a much different story in the United States where these three sectors comprise less than a third of the market. As investors shunned these stocks, emerging market countries were punished more severely. Although the ongoing European crisis was the primary driver for exiting equities, ISI notes that emerging market banks have "negligible exposure to Euro area sovereigns." Nonetheless, the banks in these developing countries declined considerably based on the counterparty risk that follows if European countries default on their bonds.

The ongoing crisis in Europe has not only affected emerging markets, it has also negatively influenced the price of many commodities. UBS states that an "escalating bank funding stress in Europe is forcing a profound deleveraging process." As U.S. money markets have been forced to pull their funds out of Europe, the short-term financing markets, which include commercial paper and trade finance, have been stressed and have weakened industrial and commercial credits. Companies involved in the trading and movement of commodities have had to run their businesses for cash, resulting in the disruption of commodity shipments.

This is clearly a negative for commodity prices in the short term, but we believe the effects have already been priced into the market. Also, UBS indicates that this has pushed commodity inventories to "unsustainably low levels" and once credit conditions improve, demand should increase.

Imports of major metals to China are already running low, says Credit Suisse Group AG (NYSE ADR: CS). While the year-over-year change in iron ore imports is at the same level as last year, copper imports are at an 11-year low, based on its year-over-year percent change. 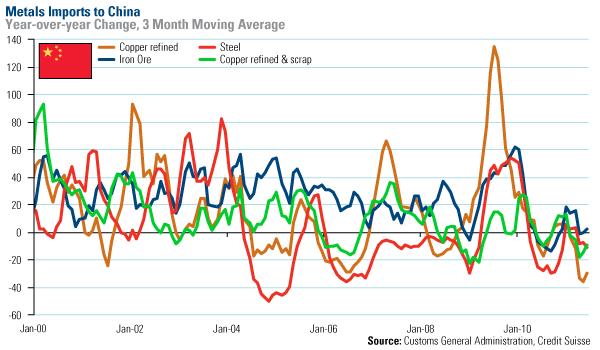 So, if you're counting the market's cards, you can see that nearly all of the bear market's aces have been played. Now that China's PMI has turned upward, along with the potential for China's monetary policy easing, it's possible we'll see a run in commodities through the Chinese New Year.

[Editor's Note: This is an excerpt from an Investor Alert by Frank E. Holmes, CEO and chief investment officer of U.S. Global Investors Inc. You can access the full article here.

Holmes was 2006 mining fund manager of the year for Mining Journal, a leading publication for the global resources industry, and he is co-author of "The Goldwatcher: Demystifying Gold Investing." He has been profiled by Fortune, Barron's, The Financial Times and other publications.

Your comments might hold more weight if you hadn't started out with a statement calling card counting 'this highly illegal technique'. There is absolutely NOTHING even remotely illegal about card counting, only that casinos, for good reason, don't like it.