While revenue fell slightly short of Wall Street's expectations, earnings were more than double the predicted 17 cents a share. Amazon.com had given fourth-quarter guidance with a revenue range of $16.5 billion to $18.7 billion.

Amazon.com revenue got a healthy boost from sales of Kindle Fire, the tablet and e-reader running Goolge Inc.'s (Nasdaq: GOOG) Android software. Total sales of the Kindle Fire and other e-reader devices increased 177% in the nine-week 2011 holiday season compared to the same period in 2010. The company reported that Kindle Fire is the No. 1 selling product available on Amazon.com since it was introduced in November. 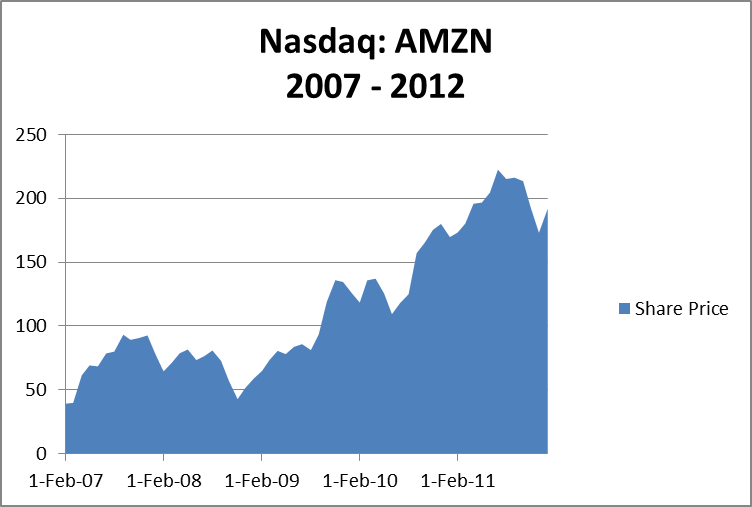 Amazon.com's profit margins have slimmed as it invests in growth initiatives, making it difficult to predict earnings.

Last quarter the company gave margin guidance that was "wide enough to drive a delivery truck through, with the potential for considerable volatility," Scott Tilghman, an analyst at Caris & Co., told The Wall Street Journal.

In the short-term Amazon.com is in an investment phase as it transitions into a digital-focused retailing world and expands both domestic and international operations.

Amazon.com has been investing in U.S. sales distribution centers to increase efficiency in product delivery and customer service. The company announced in December 2011 plans for two new distribution centers each in Virginia and Tennessee, costing around $270 million. The new facilities are part of the company's plan for 17 new fulfillment centers in addition to the 52 it already operates.

The company also has entered into the world of cloud computing. Its Simple Storage Service, Amazon S3, is a Web service that allows developers to store and retrieve data. The service saw year-over-year storage growth of 192% by the end of 2011.

Despite any short-term profit squeeze, Amazon.com has positioned itself for strong long-term growth. The stock is up about 7% this year. Wall Street has a one-year price target of $233, a 20% gain from Tuesday's close of .