In his first “report card” since taking the reins of Microsoft Corp. (Nasdaq: MSFT) in February, CEO Satya Nadella showed why he was exactly the right choice to get MSFT stock moving again.

Microsoft beat expectations when it reported earnings yesterday (Thursday) after the market close mostly on the strength of its cloud computing products – Nadella’s area of expertise, and the single most promising business segment for the Redmond-Wash.-based tech giant. 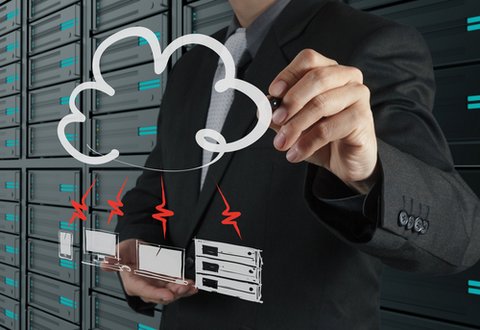 “The growth of [the cloud] matters to us the most in this time where I think there’s just a couple of us really playing in this market,” Nadella said during the earnings conference call yesterday. “I mean, this is gold-rush time in some sense in being able to capitalize on the opportunity.”

Success in the cloud could be true catalyst for Microsoft stock, which stagnated in the decade when CEO Steve Ballmer was running the company.

Wall Street clearly was pleased with Nadella’s first quarter at the helm, driving MSFT stock up nearly 3% in after-hours trading Thursday evening. Microsoft stock held on to a 1% gain Friday despite a down market.

MSFT is up 8% since Nadella took control of the company, and 19% since Ballmer announced his decision to step down. Microsoft stock is now trading north of $40 a share, well above the $30 range where it remained mired for years.

As for the actual earnings numbers, Microsoft reported earnings per share of $0.68, or $5.66 billion. That beat expectations of $0.63, though it was a decline from the year-ago quarter earnings of $0.72.

Revenue was $20.4 billion, in line with expectations and down slightly from last year.

The Devices and Consumer division, which includes copies of Windows sold to consumers, Office 365 Home, Xbox and Bing, increased revenue 12%. There was a surprising amount of good news here, as Office 360 Home added 1 million subscribers and Bing grew its market share of search to 18.6%, with search advertising revenue rising 38%.

Meanwhile, revenue from the Commercial division, which includes Office 365 and Windows licensing to businesses as well as Azure services, grew 7%.

"It's a good first quarter of earnings for Satya out of the box," analyst Shannon Cross of Cross Research told ABC News. "This was enough to offset concerns that investors might have had that growth was slowing or the impact Amazon or other competitors might be having on the cloud strategy."

And this could be just the start for Microsoft stock, according to Money Morning Capital Wave Strategist Shah Gilani. Not only does he see MSFT rising to $50 before long, he believes it can get all the way to $100 a share.