For many years, a number of industry experts have been sounding the alarm that America, and the world, are about to run out of oil.

This is nothing new. In 1914, the Bureau of Mines said that U.S. oil reserves would be exhausted by 1924. The Interior Department said global reserves would last 13 years... and that was in 1939. In 1956, Shell Oil geoscientist Marion King Hubbert advanced his peak oil theory, which said that world oil production had peaked and would begin to decline until all of the oil was gone.

Every expert who's predicted "the end of oil" has been wrong in the past. But with global energy consumption at an all-time high, and much of the world's economy dependent on oil, the question needs to be asked: 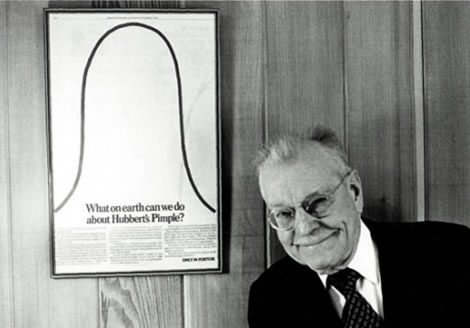 Hubbert (shown at left), whose distinguished career also included stints as a senior research geophysicist for the United States Geological Survey and professorships at Stanford University and UC Berkeley, believed that oil production looked like a bell curve.

Most readers of Oil & Energy Investor know that I don't subscribe to the peak oil position. Hubbert argued that we were running out of crude oil and would be moving to bicycles in short order.

Let me explain why I disagree.

Now don't get me wrong, oil is a diminishing commodity. It has taken millions of years to provide what we are taking out of the ground. Aside from the occasional algae or biofuel farm, you can't just grow an oil alternative in a matter of weeks.

Even if we could, current technology can't provide more than a fraction of what would be needed if oil disappeared.

Yet that "disappearance" isn't going to take place anytime even remotely soon.

Granted, 10 years ago I might have been more sympathetic to the Chicken Little ("The sky is falling") approach when it came to the amount of crude oil remaining. In those days, I did say (and wrote) that we had about enough oil to possibly last one more generation.

But what I saw as the real issue back then was not the amount of oil remaining, but the reliability of the supply. I foresaw unpredictable disruptions, spot shortages, and a lot of uncertainty in the market.

One factor changed all of that.