The move also signified a major shift in the television industry. 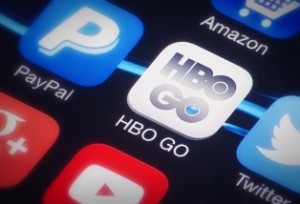 This move allows customers to opt into an online-only subscription, without paying for a bundled TV package. HBO has long been bundled with other premium channels by cable providers.

Yesterday, HBO Chairman Richard Plepler told investors that the standalone service will target the 10 million American homes that have Internet, but no pay-TV services. According to Plepler, half of those homes already subscribe to other video-streaming services.

The Wall Street Journal has reported that HBO streaming will cost around $15. That's the same price HBO customers currently pay. HBO is expected to invest heavily in marketing and customer service for the new service.

"We will use all means at our disposal to grow. This is the most exciting inflection point both domestically and internationally in the modern history of HBO."

While the news sent TWX stock soaring amid a market sell-off yesterday, it had a negative effect on one of its largest competitors...

But according to analysts at R.W. Baird, the HBO move shouldn't have a major impact on Netflix's bottom line.

"We acknowledge that this could be viewed as a potential competitive threat to Netflix, though we note that most of our respondents to our semi-annual video survey consistently say that they view HBO and other premium channels more as a supplement to Netflix than a substitute," R.W. Baird Analyst William Power wrote in a research note.

The survey noted 66% of respondents consider HBO to be a "supplement" to Netflix. Just 19% said HBO is a "substitute."

Netflix surpassed HBO in total U.S. subscribers in 2013. In the second quarter, Netflix counted 36.2 million subscribers, compared to HBO's 30.4 million. If HBO adds the 5 million homes that don't pay for cable but pay for streaming services, it will still be short of NFLX.

The drop in NFLX stock after the HBO announcement seems like an overreaction (The stock's 25% after-earnings dip is a different story). Netflix CEO Reed Hastings said the move by HBO was inevitable. He doesn't expect a drop in subscribers, because each service offers different content. It's unlikely customers would leave one for the other.

However, the move by HBO is just another sign of a shifting industry. And while it may not have a huge impact on competitors like Netflix, it could have big ramifications for cable providers...