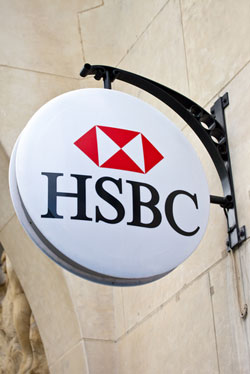 A Swiss bank leak of 30,000 accounts has raised questions of fraud and other illegal practices at HSBC Holdings Plc. (NYSE ADR: HSBC), the world's second-largest bank.

"It's banking - the business of banking. The bigger they are, the more corrupt they are," Money Morning Capital Wave Strategist Shah Gilani said Monday.

Leaked files reveal accounts and details of more than 100,000 clients from more than 200 countries around the world. According to a Feb. 8 report from the Washington-based International Consortium of Investigative Journalists (ICIJ), account holders include arms dealers, criminal blood diamond merchants, drug cartels, Hollywood elite, royalty, and "the heirs to some of Europe's biggest fortunes."

It's "the biggest banking leak in history," according to The Guardian.

The History of the Swiss Bank Leak

Hervé Falciani in an interview in Spain in June of 2012

The documents in question were actually leaked back in 2008. A (former) HSBC employee named Hervé Falciani turned whistleblower and handed them over to the French government.

French authorities then shared the files with various governments worldwide. In fact, the U.S. Justice Department fined HSBC a record (at the time) $1.92 billion based on the information in 2012.

The difference today is journalists now have full access to the files - and so does the public.

All kinds of misbehavior show up in HSBC's leaked accounts. They include:

Here are some specific examples detailed in the leaked files….