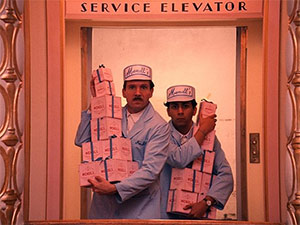 Image from Best Picture nominee "The Grand Budapest Hotel," which was only the 16th highest-grossing Oscar nominated movie this year.

Oscars 2015 reiterated how being a box office hit does not guarantee a Best Picture nod...

Only one film out of the eight Best Picture nominees in last night's 87th Academy Awards was among the top ten highest-grossing Oscar-nominated movies of the season: "American Sniper."

In fact, the other seven Best Picture nominees made less combined than "American Sniper." U.S. sales for the other nominees totaled just $620.729 million, compared to $319.607 million for the Clint Eastwood-directed "Sniper."

It's typical for high-grossing movies to fail to make an appearance in the Best Picture category.

For instance, last year's biggest-earning Oscar nominee was "Iron Man 3." The film brought in $409 million - slightly more than half the combined sales of that year's nine Best Picture nominees - but was only nominated for Visual Effects (which it lost to "Gravity").

But the most egregious example of late comes from Oscars 2013, when the Best Picture nominations snubbed the year's biggest box office hit.

Marvel's "The Avengers" raked in $623.357 million after its release in 2012 - well over half the $1.002 billion earned by the 2013 nine Best Picture nominees combined. In fact, "Avengers" is now the third-highest grossing movie ever. But it was only nominated for Visual Effects that year, and lost to "Life of Pi." 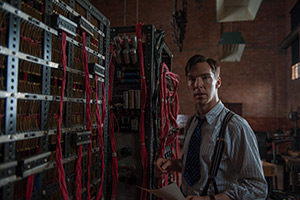