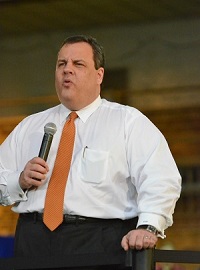 Moran's article, "After 14 Years of Watching Christie, a Warning: He Lies," contains a litany of alleged whoppers told by the governor of New Jersey.

It's important to note that Moran's 14-year history following Christie is rife with reproach. The two men even seem to have developed a kind of rapport -- in a May 24 article, the journalist wrote, "[Christie] regards me now as something akin to toe fungus. But he feels free to joke, and I feel free to laugh."

Christie appears to keep an eye on Moran. He gets ahead of the op-eds, almost as though he can tell when one's coming. For example, Christie's presidential announcement speech - which coincided with Moran's op-ed - heavily focused on integrity. Christie made statements like:

But all the two men's adverse history aside, the sheer amount of time Moran has spent on the Christie beat lends him credibility and a unique perspective.

"Most Americans don't know Chris Christie like I do, so it's only natural to wonder what testimony I might offer after covering his every move for the last 14 years," Moran wrote on June 30. "My testimony amounts to a warning: Don't believe a word the man says."

He added, "Don't misunderstand me. They all lie, and I get that. But Christie does it with such audacity, and such frequency, that he stands out... If you have the stomach for it, this column offers some greatest hits in Christie's catalog of lies."

Let's take a look at three of the biggest untruths Moran says Chris Christie has made...

Lie No. 1. One of the first topics Moran touched on in his article is public workers' pension and benefits plans. This dates back to Christie's 2009 campaign for governor, when public workers' unions asked him if he intended to cut their benefits.

According to Moran, Christie's response was that their pensions were "sacred" to him.

"The notion that I would eliminate, change, or alter your pension is not only a lie, but cannot be further from the truth," Christie said. "Your pension and benefits will be protected when I am elected governor."

But that didn't happen. In fact, he made those cuts the focal point of his first year in office.

"He seemed very sincere," Bill Lavin, head of the firefighters union, said, according to Moran. "Why doubt someone who tells you this is sacred to them?" 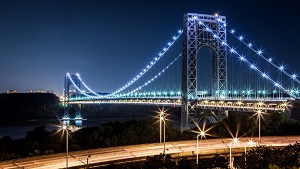 Next Moran outlined how Christie "misled" a pundit to believe that the "Bridgegate" controversy was over and done with. Bridgegate started on Sept. 9, 2013, when Christie staff members purportedly collaborated with the governor to create a massive traffic back-up in Fort Lee, N.J. This was accomplished by shutting down toll plaza lanes on the George Washington Bridge.

The scandal was allegedly orchestrated by Christie to punish Fort Lee Mayor Mark Sokolich (D), who didn't endorse him in the 2013 gubernatorial election. The backed-up traffic blocked thoroughfares in Sokolich's city, causing temporary chaos on the streets.

Moran outlined an interview from May 18, 2015, between Christie and FOX News anchor Megyn Kelly. Christie insisted to Kelly the matter was over and done with. "The U.S. Attorney [Paul Fishman] said in his press conference a few weeks ago there will be no further charges in the bridge matter," Christie said. "He said it affirmatively three or four times."

But Moran pointed out that's "not even close" to what Fishman said. "U.S. Attorney Paul Fishman said the investigation continues, and that the two indicted Christie aides could wind up pleading guilty, which would yield a new trove of evidence," he wrote.

Lie No. 3. Moran then homed in on a claim Christie made in February of this year: that he's personal friends with King Abdullah of Jordan.

Moran pointed out the friendship, if it indeed really exists, comes with benefits -- such as a free weekend getaway for Christie's entire family to Israel.

He also pointed out the friendship was a lie.

"He had met the king once," Moran wrote, "at a political dinner."

And Christie was motivated to lie. You see, because Christie feigned friendship with Abdullah, he was exempt from claiming the trip come tax time. This exemption, called the "friendship exemption," allows friends to offer one another actual gifts (say, birthday presents) without the threat of legal problems. Moran points out that the "gift" enjoyed by the Christie family was worth a whopping $30,000.

Austin, Texas, Is Already Connected to This New Innovation: There's a new Internet provider that's more than 100 times faster than its competitors -- for nearly half the cost. Here's everything you need to know about Google Fiber and how it's shaking up an entire industry...