Today I'm setting you up with five ways to profit from the Greek Debt Crisis and any other sell-offs that come along.

The market swoons and soars we've seen over the past couple of weeks are part of a long-term trend. 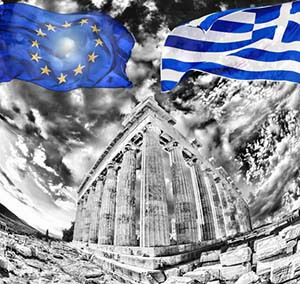 Just in the last week, we saw enormous battles between the bulls and the bears as a bevy of market "pundits" tried to factor in what the dramas in Greece and China will mean for the markets.

So today, I'm going to lay out five fundamental portfolio-management tools that you can use to make money no matter what happens in the market – to make what I like to call "volatility profits."

The first one puts you in charge.

This strategy puts two powerful tools to work in one simple move. When markets are choppy, rather than making your normal entry in a position, you start with just a few "test shares."

By doing so, you greatly reduce your risk and can determine if the timing is right for the play. After all, getting the timing right is hard in volatile markets.

We're making sure we're set for any sudden rallies and at the same time reducing our risk of losses.

Here's how buying test shares works. Let's say your standard market order for a stock is $2,500. Instead, you would cut that to as little as $500. That way if either the stock or the market retreats quickly, your portfolio won't suffer much damage.

But at the same time, if the stock starts to move quickly, you can always add to your position over time.

There are two ways to employ these essential portfolio tools. The first is a stop loss that protects against losses getting too deep on a new entry. I suggest a stop loss of no more than 20%.

This is a classic tool designed to avoid suffering any catastrophic losses. I always set my stops on what's known as a "good until canceled" basis, which means having a 60-day stop in place.

The second method is a "trailing stop" used to protect gains. This is one that moves up as the price of the stock advances. Use the same 20% figure in this manner.

Now onto the Cowboy Split…