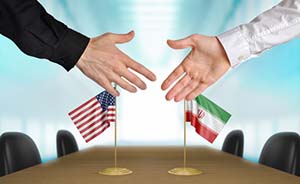 An Iran nuclear deal, 20 months of negotiations in the making, was finally reached July 14.

Under the agreement, Iran would gain relief from harsh Western economic sanctions in exchange for limits on its nuclear activities, which would be allowed to continue for peaceful purposes.

We say "would" and not "will" with good reason — several hurdles remain that could prevent the Iran nuclear deal from ever going into effect.

Let's take a look at what's ahead…

The first hurdle in the Iran nuclear deal timeline was just passed. On July 20, the Security Council unanimously approved a resolution that removes economic sanctions against Iran.

The 14-page resolution, backed with a 15-0 vote, lays out the steps required for lifting UN sanctions. Note that the resolution does not have legal consequence on the sanctions imposed separately by the United States, nor by the European Union — those are separate matters.

International Atomic Energy Agency (IAEA) inspectors have to make sure Iran is meeting the initial requirements of the deal, including the reduction of its uranium stockpile. This could go on for weeks or months.

The United States estimates the new measures would take Iran from being able to assemble its first bomb within two to three months, to at least a year from now.

"This deal is not built on trust. It's built on verification," President Obama said July 14.

To that end, the IAEA will issue its report on Iran's past nuclear research, including any evidence of weapons work, by at least Dec. 15.

Additionally, on Iran's side, the deal will need the clear backing of Ayatollah Ali Khamenei, Iran's supreme leader. Only his support would nullify objections from Iranians wary of an accord with the United States after many years of enmity and mistrust.

President Obama sent the Iran nuclear agreement with Tehran to Congress on July 19.

Congress has 60 days (until September) to review the Iran nuclear agreement. Republican majorities are expected to vote it down in both the Senate and the House. And for once, there's no strict bipartisan divide — many Democrats don't seem on board.

Israeli Prime Minister Benjamin Netanyahu will likely play a key role with Congress. Commentators in Israel have said to expect Netanyahu to throw his weight into lobbying U.S. lawmakers to block the agreement. In fact, at least on Twitter, his campaigning has already begun: 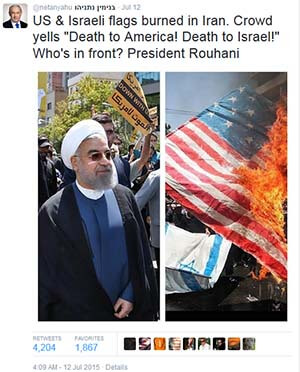 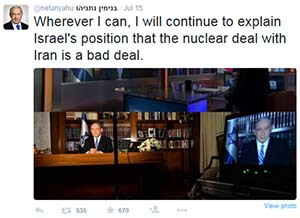 Should lawmakers pass a resolution that prevents President Obama from waiving U.S. sanctions against Iran, he has the option to veto — an option he has already promised he'd exercise.

"I am confident that this deal will meet the national security needs of the United States and our allies, so I will veto any legislation that prevents the successful implementation of this deal," President Obama said July 14.

With a veto, the total review period could last as long as 82 days and stretch into early October.

To overcome presidential veto, opponents of the deal would need a two-thirds majority vote in both the Senate and the House. That's a tough threshold to meet, even with a contingency of Democrats who don't support the agreement.

Ultimately, if the Iran nuclear deal gets through congressional machinations, plus a roughly four-month approval process on Iran's side:

Petrodollar Safe? The Iran nuclear deal will be discussed in Congress over the next 60 days, subject to the same political back-and-forth it always has been. But the real story of intrigue that investors should watch is the deal's challenge to the petrodollar…