Rank-and-file analysts at the U.S. Central Command say senior officials have been changing the conclusions of ISIS intelligence reports to make it appear the U.S.-led campaign is doing better than it really is.

The charges received little attention two weeks ago when the Pentagon's Inspector General launched an investigation into allegations from two analysts. 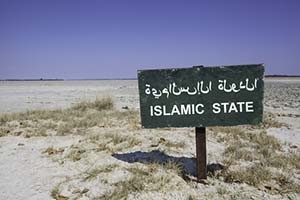 But late Wednesday, a report in The Daily Beast revealed that more than 50 intelligence analysts at CENTCOM had formally complained that their intelligence reports on the Islamic State had been inappropriately altered by senior officials.

"One of the central tenets, one of the key aspects of the policymaking process in the United States, is that analysts get to say what they think without any interference, without anybody changing it, so this is a very, very serious charge," CBS News Senior National Security Contributor Michael Morell, a former deputy director of the CIA, said on "CBS This Morning" yesterday. If the report is true, he said, "somebody needs to lose their job over this."

The complaints allege that the ISIS intelligence was changed to reflect the Obama Administration's public position that the president's policy was succeeding in the effort to "degrade and ultimately destroy" ISIS.

For example, John Allen, a retired Marine general in charge of coordinating the ISIS campaign, flat-out said "ISIS is losing" in a July speech at the Aspen Security Forum.

But despite some 6,700 airstrikes by the U.S-led coalition and rising U.S. assistance to the Iraqi army, ISIS is no worse off. It has lost territory in some areas but gained it in others.

"We've seen no meaningful degradation in their numbers," a defense official told the Associated Press in July.

The discrepancy between the reality on the ground in Iraq and the Obama administration's public statements put pressure on top intelligence officials to deliver reports more in line with the desired "spin."

One source told The Guardian that aides in the Obama administration simply did not want to hear "the narrative that ISIS is winning."

According to The Daily Beast, the analysts that filed the complaint believed the top officials altered the ISIS intelligence to protect their own careers.

I need to know what I can believe and what I can't. There are some very scary things being published in emails. And it is causing me much anxiety. How can I decipher all of this?

Wait! White House lies about virtually anything that is not "good news." You are joking when you ask the question why they lied about ISIS, aren't you?

I hear that ISIS is getting stronger every day with millions to billions of dollars being put to military high tech weapons. To wait for a new admin to come in is a dangerous path to take. It may be too late already as they build up their forces,it is better to confront and destroy them now. Time is of the essence and we should eliminate these barbarians and end their evil from the face of this earth.

Where were you idiots when the Bush administration reallly cooked the intelligence. No one in the administration has claimed that ISIS has been defeated. Complete fabrication. This fight is for the countries being affected. We can help but we can't do it for them.

I wonder…did you blame Bush for invading the wrong country during his time in office?? Cheny for how much money was spent for war "borrowed from Social Security" that they somehow want to take away from Seniors now?? And… Haliburton somehow "missisng" a huge amount of US government money, still unaccounted for??? Somehow, I feel some very right-wing philosophy behind this newsletter and it makes me uncomfortable. Maybe making money in the market isn't the right road for me…if this is the philosophy behind it.

We are learning that the US minister of propaganda is lying to us about ISIS. We know they lied to us about Benghazi and the IRS targeting scandal. We now have to question the employment and economic reports as they are inconsistent with the current low interest rates. When citizens cannot trust their government on matters such as these, can they trust their government on anything?

Good report buy suspect sources…every one interviewed was "retired" or "former member" or one who isn't in government or the military but "works closely". More credible sources would give this report a lot more clout.

For all you who are hard pressed to examine what those that are in office today are doing or not doing, yet are still strident, in your criticism of George W. (ETC.)…My Dad was a liberal Dem. I campaigned for JFK in 7th grade, voted Dem. from L.B.J. to Clinton ll , but I also have five Sisters; that intern could have been one of my sisters. You seem to feel 'righteous' in your assessment of G.W.B.'s 'mixing' of intelligence, or anything else he may have done….he didn't 'skulk' around on Laura…Hillary demonized 'the woman the left is supposedly proud… Read more »

Obama's Sept 15, 2015 EO to use brainwashing (behavioral science) in US, chaired by John Holdren.
https://www.whitehouse.gov/the-press-office/2015/09/15/executive-order-using-behavioral-science-insights-better-serve-american

This is pretty egregious in context; current news distributed through Rothschild-owned AP and Reuters has very little correlation with reality, but it definitely implies a ramp-up in climate disinformation prior to the December Paris conference.