Another U.S. government shutdown is looming as Congress has less than two weeks to pass a measure to keep the government funded beyond Sept. 30.

If no agreement is reached, a flood of federal agencies could be closed. This would be the second government shutdown in three years. 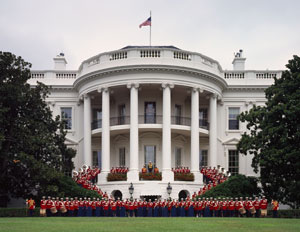 The last government shutdown was in 2013, when Democrats controlled the Senate. The reason behind the shutdown was Republican-led efforts to defund Obamacare.

This time around, the top item of contention is Republican's strong push to deny federal money to Planned Parenthood.

The issue was a key topic Wednesday during the second GOP presidential debate. A trio of Republicans were very vocal about their Planned Parenthood stance.

Here's what they had to say...

I had invested in Venture Capital in the 80's ruffly $80,000 and lost my shirst, I didn't even get a penny back. So I am very disappointed in the market. I will not invest.
Other friends of mine invested in the same Venture Capital some 2-300,000 thousand dollars and never got a penny back. We filed a law suit, but the investment advisor who got us into this changed his occupation to become a preacher of some religion, we couldn't touch him. That is fleecing the American public.