Do not underestimate the cowardice or incompetence of the U.S. Federal Reserve.

Yesterday (Thursday), after running out of domestic reasons to avoid raising interest rates by a paltry 25 basis points for the first time in nine years, the Fed decided to blame China for its policy paralysis.

By doing so, it effectively expanded its dual mandate from trying to achieve full employment and price stability to trying to maintain global financial stability. But this only succeeded in introducing additional uncertainty as to what the Fed's function is and what it will do in the future.

Does anyone else realize just how screwed up this is?! And it gets worse.

While Barack Obama and his team allow Russia and Iran to run America's foreign policy, Janet Yellen and her colleagues are now ceding sovereignty over America's economic policy to China. This is truly pathetic.

I want to show you why... and what I expect to happen now.

The Fed Is Focused on the Wrong Thing 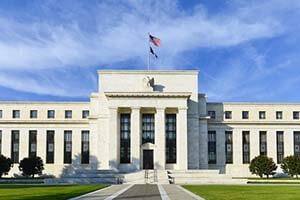 The Fed remains focused on data that it doesn't understand. It still believes the economy is suffering from a cyclical rather than a structural employment problem despite the fact that nearly 100 million able-bodied Americans (one-third of the population) are out of the labor force. It also believes that inflation is too low, despite the fact that the price of most goods and services are increasing rapidly.

The type of inflation they should be worrying about is the inability of income to keep up with debt service, but that crisis appears to be far beyond their ken. Debt keeps inflating while income can't keep up, and keeping interest rates at zero will only make things worse.

This all goes back to the Debt Supercycle I told you about in my Super Crash Report.

Nonetheless, not being content to fumble their dual mandate, the Fed added a third component to create a triad that is certain to lead the financial markets straight into another crisis - worrying about foreign economies like China.

In explaining the latest in a long series of policy errors, the Federal Open Market Committee said the following: "Recent global economic and financial developments may restrain economic activity somewhat and are likely to put further downward pressure on inflation in the near term."

In other words, China's economy is tumbling and hurting the U.S. economy and the rest of the world. So, again, while Barack Obama and his team allow Russia and Iran to run America's foreign policy, Janet Yellen and her colleagues are now ceding sovereignty over America's economic policy to China.

This is truly pathetic.

I really enjoyed reading your Super Crash Report. You expressed my own feelings more eloquently than I could ever hope to. I appreciate your recommendations.

"I have long feared that the Fed would wait too long and face a recession or a market crisis with no ability to lower rates any further." — Michael Lewitt

Michael, what about the possibility that the Fed will just crash through the mythical lower bound of zero and take interest rates DEEPLY negative (in conjunction with limiting or even eliminating access to physical cash), as others have speculated? Do you think this could ever be a real possibility, or just the overblown venting of Chicken-Little alarmists?