The Glencore stock price was extremely volatile again today (Thursday), as investors remain concerned about the company's health and its industry prospects.

Shares of Glencore Plc. (LON: GLEN) jumped more than 8% intraday to a high of 99.17 pence. But later in the session, the Glencore stock price gave back all those gains back and fell to 88.72p.

Today's volatility comes after the Glencore stock price plunged 29% Monday. Year to date, shares are down a whopping 70%. The Glencore stock crash happened amid new reports that the $18 billion in short-term loans it uses to buy, sell, and ship goods is not as safe as the company claims. 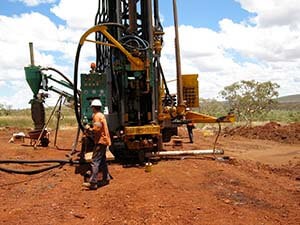 Mounting fears of a serious slowdown in China's economy have pressured metal prices and, in turn, the Glencore stock price.

The deceleration in economic activity in China, the world's second-largest economy, has walloped commodity prices and pressured global trade. Copper, aluminum, nickel, zinc, coal, and more are all down more than 25% compared to a year ago.

Glencore is indeed a leading mining company. Just prior to its 2011 initial public offering, Glencore disclosed it controlled 60% of the world's zinc, 50% of copper, and 45% of the lead markets.

Glencore repeatedly said in statements this week that its business "remains operationally and financially robust." The company says it has "positive cash flow and good liquidity and absolutely no solvency issues."

Glencore also maintains it is positioned to weather current commodity market conditions. It's working to reduce its net debt of nearly $30 billion and preserve its investment-grade credit rating. The company is selling assets, cutting its dividend, and issuing new shares with the aim of reducing net debt by $10 billion by the end of 2016.

While Glencore maintains it is a mining company, it's really a commodity trading firm.

While the company's trading arm was supposed to give it an edge, it now looks like a very troubling division. And that means there is more pain ahead for the Glencore stock price...

The Glencore Stock Price Has Further to Fall

On Monday, the European Union published details of its new financial regulations for commodity markets.

The new rules will affect companies like Glencore that buy and sell sizable volumes of a commodity and hedge their stocks of raw materials with large positions in the financial markets.

Currently, there are no limits on the percentage a single trader can hold. But that's about to change...