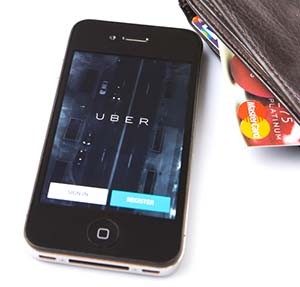 Continued legal issues in Europe could lead to more delays for the Uber IPO date.

No official Uber IPO date has been set, but the company is poised for an initial public offering as soon as 2016 with a valuation currently north of $50 billion.

On Wednesday, Uber officials announced they won a five-month delay of the upcoming trial in Paris regarding criminal violations of two top executives. According to The Wall Street Journal, the two employees are facing charges of deceptive commercial practices and the illegal storage of personal data.

That trial is just the latest in a string of legal woes for Uber in Europe.

In London, the government is working to pass additional regulations for Uber that are supposed to improve passenger safety.

But the regulations come off more as an attempt to even the playing field with traditional taxis. For instance, one of the proposed regulations includes a five-minute waiting period before a driver can pick up a passenger. Another will prevent customers from seeing available rides on the map in their app. Uber executives are understandably annoyed.

"These rules make no sense," the company's petition page reads. "We understand that cab drivers are feeling the pressure from services like Uber. But the answer is to level the playing field by reducing today's burdensome black cab regulations - not to introduce rules that will be bad for riders, drivers and London."

In Amsterdam, officials say the company is breaking transport laws with its cheaper UberPOP option by presenting drivers as taxi drivers, despite lacking the proper identification. So far, Uber has been fined $503,000 in Amsterdam.

The legal issues are by far the biggest problem for the company as it prepares for the Uber IPO. The company has disruptive technology and a disruptive business model, but it is being met with resistance almost everywhere it goes.

Despite the problems, an Uber IPO (as of now) is coming. We just don't know when. The company is valued at more than $50 billion and has revenue of more than $2 billion annually, according to Re/code.

According to Money Morning Capital Wave Strategist Shah Gilani, the company has made one major mistake ahead of the Uber IPO. And it's a mistake that could cost the company billions...