Yellen & Co. have been at it again, with recent Fed-speak weighing on the gold price today.

After a little strength early in the week, the gold market started to succumb to pressure from weak hands. Gold did trade below an important price support level, suggesting the possibility of more near-term weakness. 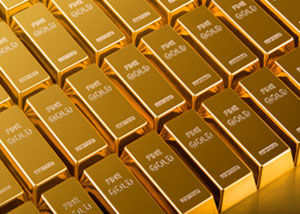 On Wednesday, Nov. 11, gold prices began to weaken, eventually touching but remaining above the crucial level of $1,084.50. That's the low point for this year, reached back in early August.

This action came a day after the U.S. Dollar Index (USD) rose above 99.5 to flirt with the psychologically important 100 level it reached earlier this year. It was on Tuesday, Nov. 10, that San Francisco Fed President John Williams indicated there was a "very strong case" to raise rates in December should their data continue to show economic improvement and confidence inflation will gain.

The USD index then lost a little ground over the next two trading days, despite Fed presidents doing the rounds on Thursday, Nov. 12. On that day, St. Louis Fed President James Bullard said that the U.S. Federal Reserve's long-running near-zero interest rate policy has placed the American economy at "considerable risk of future inflation," and that it was time to raise rates since unemployment and inflation goals have been reached.

Those remarks appear to have been enough to push the price of gold below support of $1,084.50.

Gold stocks, for their part, fared a little better, mostly because they moved sideways and resisted selling.

Meanwhile, further news on gold market trends and events are pointing to a possible inflection point.

Here are some of the most relevant highlights of what's moving the gold market: