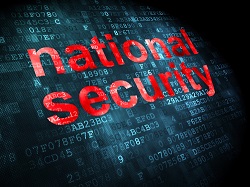 The fifth GOP debate aired on CNN last night. It focused purely on national security – the biggest issue right now for American voters, which wasn't even on their minds in the 2008 presidential election.

A Wall Street Journal/NBC News poll released Monday found that 40% of Americans think national security and terrorism should be the government's top priority. More than 60% of those polled listed it in their top two spots. By comparison, the issue came in at 16% – the last out of four options – in the final poll before the 2008 election.