After that week ended on a high note with silver closing at $14.08, the metal continued higher as the holidays approached. 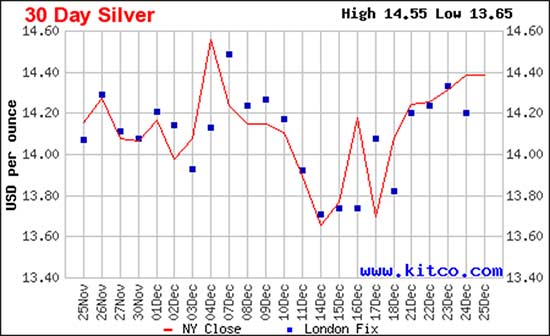 And here's what the U.S. Dollar Index did during the week leading into the Christmas holiday: 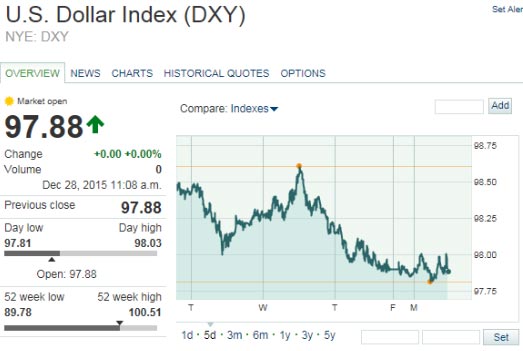 The strength in the DXY helps explain silver's action earlier in the week, but interestingly by Wednesday, when it staged a bit of a rally to around 98.60, silver still managed to maintain strength around the $14.30 level.

What's most interesting to note in the DXY is the continued weakness since peaking just over the 100 level a few weeks back.

Since then, and despite the much anticipated Fed rate hike, the DXY has been gradually drifting lower.

8607 Reads
The Best Penny Stocks to Own Right Now – 185% Profit Potential
The best penny stocks to own are the highest reward for the lowest risk. And there are preferably a lot of insiders buying up shares in good faith. Then I can trust the high analyst projections - like the 185% growth target on our top penny stock today.