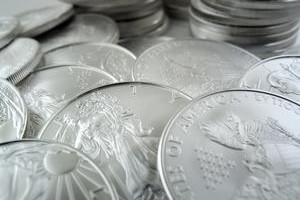 The silver spot price is flat today (Friday), but all indications suggest the silver price will keep climbing in 2016.

In fact, there is one major reason why we remain bullish on the silver spot price this year.

In afternoon trading today, the spot silver price was trading up $0.03 at $15.51. Spot silver prices started inching up Friday as stocks dipped and investors turned to safe-haven assets. In morning trading, the Dow Jones Industrial Average was down more than 130 points.

Silver, like gold, is looked at as insurance when markets fall and is a great store of value. During the 2008 financial crisis, a time when investors were scrambling for safe havens, the silver price doubled.

Silver has remained a smart investment throughout 2016 as global markets have officially hit bear market territory. Worries of a systemic banking crisis in the Eurozone and China and concerns of an economic recession have also boosted silver prices.

The Silver Institute recently said they believe the silver price should "find solid ground this year" and that the silver deficit will accelerate. The deficit has been building for more than a year. In the first 11 months of 2015, U.S. silver mine production dropped by roughly 8%, according to data from the U.S. Geological Survey. That should continue to drive silver prices higher.

In addition, record demand out of India is expected. India vies with China as the world's No. 1 gold consumer.

And silver consumption is already off to a strong start this year.

The U.S. Mint has already sold 8 million ounces of silver in American Eagle coins in 2016. At this pace, the Mint is on track to report another year of record silver sales.

According to Money Morning Resource Investing Specialist Peter Krauth, a "host of fundamental and sentimental drivers are at working helping to push silver prices higher and odds are good they will remain supportive."

The Biggest Influence on the Silver Spot Price Today

The biggest catalyst for silver prices in 2016 is the U.S. Federal Reserve.

Minutes from the Fed's Jan. 26-27 meeting show policymakers appear increasingly reluctant to raise short-term interest rates at its next meeting. That reluctance may persist throughout 2016.

the truth is silver prices will rise higher as time goes by .Silver is a long term investment in years not months . Everybody seems to have this magical price silver will go to and i agree with them .With the exception it might take decades to get there . Even then $500 dollar silver or even $250 silver , when you go to cash it in they will have a new tax for you waiting .Look for any new laws or regulations that in metals everything over$100 bucks must be reported .If they don't get you in the front end they will get you in the back end .When you see something like this in place then you know the time for metals to rise to high levels is here !

Money is faith based, Metal is not. If a mass of people decided to not believe in the USD any longer due to bank problems or pending economic catastrophes(lehman), metals may usher in your jackpot.