This purchase gives Amazon access to an industry that could be worth as much as $100 billion. And that's not even the biggest reason why we're bullish on the AMZN stock price in 2016.

First, here are the details of the acquisition... 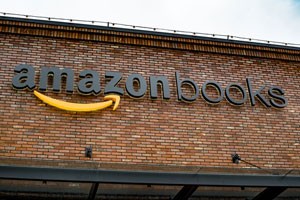 Emvantage is a startup founded in 2012. Its platform includes a payment gateway in India for online transactions made via credit and debit cards and prepaid wallets. It also provides mobile payment tools that integrate into merchant apps and facilitate net banking.

The purchase will let Amazon integrate its current Indian web portal with the Emvantage payment system. That should make it easier for consumers to make online transactions in the country. Many shoppers in India pay for e-commerce purchases using pre-paid cards and online wallets.

Ease of use is crucial in India's rapidly growing e-commerce business. The country's e-commerce market is projected to surpass the $100 billion mark by 2020, according to a recent report by Goldman Sachs.

According to the World Bank's latest forecast, India will be the world's fastest growing economy this year as China slows. India's output in 2016 is forecast at 7.7%. That's a full percentage point higher than China, the world's second-largest economy.

Adding Emvantage is a major catalyst for AMZN stock, which has climbed nearly 8% in the last five trading sessions. But there is an even bigger reason to be bullish on the AMZN stock price now...

Why We're Bullish on the AMZN Stock Price in 2016

Money Morning Defense & Tech Specialist Michael A. Robinson credits the vision of CEO Jeff Bezos for turning Amazon into the retail titan it is today. And it's that vision by Bezos that will continue pushing the Amazon stock price higher...

AMZN stock has been caught up in this year's global stock market rout. Yet at a recent price of $551.12, shares are still up more than 44% in the last year.

Amazon stock was the top performer in the S&P 500 Index during 2015. Shares more than doubled last year, climbing 122% in 2015. Driving the Amazon stock price was Prime membership, which offers two-day shipping for a $99 annual fee.

Amazon just raised its free shipping minimum to $49 from $35. The move will encourage even more shoppers to join Prime.

In fact, Amazon just landed at No. 3 on Fortune's recently released list of the world's most admired companies.

And Amazon is much more than a retailer...

AMZN stock may remain volatile in the short term because of the broader market's volatility, but for long-term investors, Bezos' vision for the company is encouraging.

Is the income ordinary or capital gain?