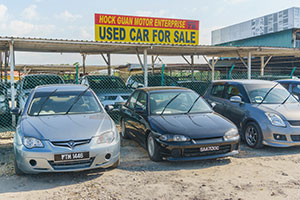 It was seven years ago, but an unresolved federal lawsuit still remains today…

Congress loaned the automakers upwards of $80 billion combined — which conferred onto the U.S. government majority stakes in both.

The White House immediately implemented a plan it dubbed the "Presidential Task Force on the Auto Industry" to restructure the companies to make them more competitive in the future.

But as the government's plan unfolded, a suspicious pattern emerged…

And so the "Dealergate" conspiracy was born.

The Dealergate Conspiracy Theory That Blew Up the Internet

Jump back to January 2009. That's when the Obama administration appointed private equity investment banker Steven Rattner as head of the White House's Auto Task Force. Rattner was responsible for making some tough decisions about the U.S. auto industry at a time when it was running on fumes. He composed a list of 2,000 dealerships to be closed down based on such factors as sales volume, local market share, and location. The White House's Auto Team believed that with fewer dealerships, the remaining dealerships would be more profitable.

Rattner's list was given to both GM and Chrysler, who would make the ultimate decision on which dealerships would be shut down.

But right away, Rattner's list kicked up a storm in the media. The Washington Examiner reported on May 26, 2009, that evidence was mounting that the Obama administration had systematically targeted closing Chrysler and GM dealers who made political donations to Republicans…

For example, Jim Renacci's Northeast Ohio Chevrolet dealership and Mike Kelly's Wayland Chevrolet in Butler, Pennsylvania, were shut down. Both of these gentlemen were renowned Republicans in their respective communities.

The "Anti-GOP Auto Bailout" conspiracy gained traction on conservative blogs, according to The Washington Examiner.

Indonesian blogger Majalah Katini's tabulation, reported Factcheck.org on June 6, 2009, "based on the first five pages of the 40-page list of closed dealers, showed $120,000 had been given to GOP candidates and $34,350 to Democratic candidates in 2004 and 2008 (exclusive of presidential candidates). The same group also gave $7,150 to John McCain's presidential campaign, and $0 to Obama's. Within days the term 'Dealergate' was being used to describe the budding 'scandal.' One conservative blogger suggested Obama had kept a 'dealer hit list.'"

FOX News covered "Dealergate" on May 28, 2009. FOX and Friends blogger Michelle Malkin stated that the issue was evidence of the "Obama-Chicago-gangland tactics" at work.

Malkin's colorful speculation piqued the interest of FOX News White House correspondent Major Garrett, who asked the White House for its response to the charges:

Garrett: There is some concern in the blogosphere that of the Chrysler dealerships being closed, a disproportionate number appear to be in which the operators contributed to Republicans. And hardly which contributed to Democrats have been closed down. I'm not saying the White House knows anything about this, but would you be concerned about any taint of politics in any of the decisions?

Former Press Secretary Robert Gibbs explained to Garrett at the time that it was Chrysler — not the federal government — in charge of selecting which dealerships would be closed.

Remember, Rattner's list was given to both GM and Chrysler as a suggestion. Ultimately, it was supposedly the companies that would be in charge of deciding which dealerships got nixed.

However, when lawyer Leonard Bellavia, who represented some of the terminated dealers suing Chrysler for their closures, deposed former Chrysler President Jim Press on May 26, 2009, about the decision, he got a disturbing answer.

"It became clear to us that Chrysler does not see the wisdom of terminating 25% of its dealers," Bellavia reported back to the media. "It really wasn't Chrysler's decision. They are under enormous pressure from the president's automotive task force."

Perhaps the White House had more sway that it was willing to admit.

There's steam in the argument…

In 2011, former Chrysler dealers claimed the conditions of the bailout had been violations of constitutional law, which says the federal government cannot take property without payment. While their case wasn't based on the political affiliations but on the legality of asset seizure, it opened the doors to further inspect the government's role – which may have been overstepped – in the closure process.

In order to prevail in their case, however, these former Chrysler dealers had to show the government coerced Chrysler into terminating franchises. They also needed to prove the franchises would have had value had Chrysler undergone an ordinary bankruptcy. Their lawyers stated that without the government's action, assets such as "Ram pickups and the Jeep brand would have been bought, and those franchises would have retained value," reported Automotive News on April 14, 2014.

That's where our aforementioned examples of Republican auto dealership owners Renacci and Kelly come back in.

In May 2013, the two men sent an open letter to the Treasury Department requesting information about the auto bailout process: 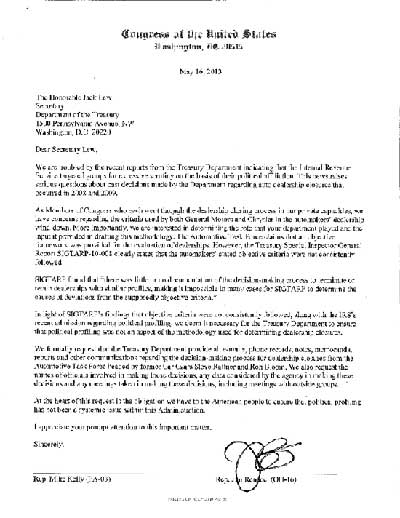 "We are troubled by the recent reports from the Treasury Department indicating that the Internal Revenue Service targeted groups for excessive scrutiny on the basis of their political affiliation," the letter stated. "This news raises serious questions about past decisions made by the Department regarding auto dealership closures that occurred in 2008 and 2009."

Renacci and Kelly asked the Treasury to provide all e-mails, phone records, notes, memoranda, reports, and other communications related to the decisions about dealership closures. Furthermore, they requested the names of the officials who made those decisions and "any data considered by the agency in making these decisions, including meetings with outside groups."

"If the Chrysler dealers prevail," reported Automotive News, "the U.S. Treasury could be ordered to pay millions of dollars to terminated dealers — and a legal path could be cleared for former General Motors dealers as well."

The case is ongoing…

Beyond Obamacare: As controversial as Obamacare has been, it doesn't go nearly far enough for Bernie Sanders. His healthcare plan proposal, "Medicare for All," is essentially the single-payer type of system common in much of Europe and Canada. In short, the government runs the healthcare system, and everyone is covered for everything. Sounds great. But you'll be shocked when you see what it's going to cost…