Quick… how many Comcast Corp. (Nasdaq: CMCSA) technicians does it take to fix a DVR?

Eight, evidently… and my DVR is still not working after five weeks of calling offshore customer service centers, visiting technicians who are guaranteed to arrive within a "two-hour window," and even the company's executive resolution team.

Sadly, my predicament isn't unusual, and there's no way I'd recommend investing in the company as a result. There are thousands of companies who claim to be all about their customers when, in fact, their customers might as well be an inconvenience based on how they're treated.

I'm sharing my predicament with you for a reason – buying "what you know" used to be a fundamental underpinning of investment success. Now, it's a recipe for disaster.

We're going to talk about that today and, as always, I'm going to highlight a company where customers are truly the most important part of their business.

It's a distinction that's helped this company outperform the S&P 500 by 5 to 1 and led to returns 100 times greater than those achieved by Comcast – a popular investment choice – over roughly the same time frame.

What I Really Meant Was… 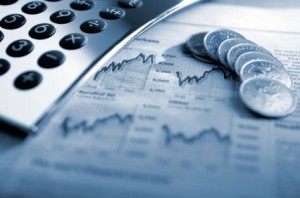 Investing icon and onetime mutual fund manager Peter Lynch ran the Fidelity Magellan Fund from 1977 to 1990. In the process, he achieved a remarkable 29.2% average annual return that more than doubled the S&P 500 over the same time frame. He was so successful that an estimated 1 in every 100 Americans invested with him for reasons that are easily understandable even today – it was the world's best-performing mutual fund.

Lynch achieved near rock-star status and coined a number of modern investing mantras, the most famous of which is "invest in what you know."

It was an ode to the common man at a time when there weren't many "common" men on Wall Street, and one I took to heart early in my career.

Lynch believed that individual investors are far more capable of making money when it comes to stocks than fund managers because they have the luxury of spotting unique trends in their day-to-day lives.

He noted in his books and frequently during interviews at the time that he came across many great profit opportunities while driving around with his family, visiting the mall, or simply buying something at the store.

Personal knowledge can be a very powerful driver when it comes to your money. However, that's also where Lynch and I parted company.

You see, buying what you know can also work against you, especially lately.

The dietary company got a huge boost when uber-celebrity Oprah Winfrey jumped on board as an investor last October. Millions of investors piled on, simplistically reasoning that if "I know Oprah like I think I know Oprah, I should buy in, too."

Doing so is really an emotional judgement… nothing more.

And, as we have talked about many times, making investment decisions based on emotions is one of the worst possible things you can do with your money.

Success is always about real numbers.

The company still has some terribly difficult challenges ahead, including competition from other more successful programs, wearable technology, and the emergence of healthy grocers.

No doubt that millions of investors who have watched their wallets get thinner as the stock has tumbled from a high of $26.56 a share last December to around $15 a share today are probably wishing they didn't "know" Oprah right about now and, instead, "knew" the numbers.

Interestingly, after years of quietly remaining in the shadows, Lynch surfaced and dropped a bombshell during a Wall Street Journal interview published last December, saying effectively that "buying what you know" hadn't been what he meant.

And what exactly did Lynch mean?

Precisely what I've just shared with you… that you've got to "know" the numbers.

Why You Know a Company Matters When It Comes to Profits

There's a big difference between investing in what you know and why you know it.

The fabled firearms maker doesn't need much to lure in legions of new customers and keep the ones they have. The Unstoppable Trend "War, Terrorism, and Ugliness" will see to that, albeit very unfortunately.

Gun sales increase every time there's another mass shooting or terrorist event because people want to protect themselves. And it's not just here either. Shotguns and handguns alike are selling out in Europe as the migrant crisis accelerates.

Every time Congress starts talking about gun control, sales rise. And when the president starts in on guns, they skyrocket because people fear that they'll soon be unobtainable.

My point is that there's plenty to "know" about the gun industry and Ruger, in particular because the company offers legendary customer service, strong dealer support, and powerful incentives like a points program to keep customers coming back.

And the numbers bear that out.

As does Ruger's stock chart.

No doubt, that's a powerful draw for investors, especially in choppy markets.

There's a big difference between buying a company because you know it – like Ruger – and being stuck with one like I am with Comcast.

So do yourself a favor and look beyond what you think you "know" because the answers may surprise you and your wallet.

Ruger has returned 270% over the past four years while Comcast has eked out only 2.48% over roughly the same time frame – a more than 100 to 1 advantage.

Editor's Note: Keith expects stocks like RGR to continue to outperform the market – but one small-cap company he's identified in a special report for Total Wealth members may be poised for an even bigger beat. It's positioned to command a $1.135 billion revolution in human augmentation technology, a sector forecast to grow at a rate of 43% a year through 2020. For a full and free report, including ticker symbol, sign up for Total Wealth membership here – it's free!