With the Under Armour stock split date just days away, we've compiled a list of the 10 facts every investor needs to know about the split.

Under Armour stock has been an outperformer since its initial public offering on Nov. 18, 2005. The Baltimore-based company priced its IPO at $13 a share. That was up sustainably from earlier estimates that ranged from $7.50 to $12. At a recent price of $86.16, the Under Armour stock price is up 224% and 406% over the last three and five years, respectively. 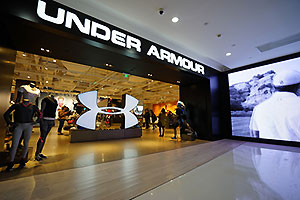 Under Armour Inc. (NYSE: UA) was founded by the company's current chairman and CEO, Kevin Plank. A Maryland native, Plank started Under Armour in 1996 in his grandmother's basement with a prototype for a sweat-wicking compression shirt. His aim was to create athletic wear that's better than traditional cotton T-shirts.

In addition to state-of-the-art workout wear, Under Armour sells sneakers, golf shoes, bags, and much more. The company has also invested heavily in technology and sells a variety of wearable devices that help athletes improve their performance.

Over the decade, Plank has built Under Amour into a $20 billion company and formidable rival to Nike Inc. (NYSE: NKE).