The Under Armour stock price today (Thursday) is skyrocketing after the company posted massive revenue gains.

The UA stock price climbed 7% in intraday trading, after the company crushed Wall Street's expectations for Q1 2016. Now investors are asking us: Should I buy Under Armour stock? 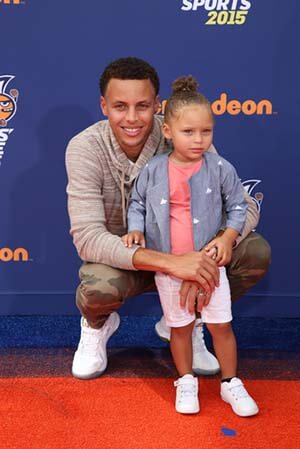 But before we get to our answer, here's everything Money Morning readers need to know about the Q1 earnings report.

This impressive sales growth was spurred by:

Under Armour CEO Kevin Plank said the shoe line has seen "remarkable success," especially because of its partnership with NBA player Stephen Curry. According to a Morgan Stanley analyst, Curry adds roughly $14 billion in value to Under Armour's market cap alone.

Under Armour's sponsorships are one of the major reasons for this impressive growth. These sponsorships include:

Now that the Under Armour stock price today is climbing, our readers are worried they might be buying in at an inflated price. Here's what you need to know before buying UA stock…

Should I Buy Under Armour Stock? This Catalyst Answers the Question

In 2015, only 11% of UA's net revenue was generated outside of North America.

But that is rapidly changing…

And Under Armour stock owners should be especially excited about revenue growth from China.

There's a rising demand for sports apparel and fitness gear among wealthy Chinese consumers, and Credit Suisse projects the amount of millionaires in China will increase 74% by 2020. CEO Colin Grant of Hong-Kong based Pure Group, an operator of nutrition businesses and gyms, says that sportswear is so popular in China right now that people are actually wearing it in weddings.

Throughout Asia, Under Armour has more than 60 stores, and the company just opened up a 15,000-square-foot Brand House in downtown Shanghai in 2015. Under Armour's increased presence in China will prove advantageous as Beijing plays host to the 2022 Winter Olympics.