The energy news headlines these days are all about the failure of the Doha summit and the upcoming June OPEC meeting in the face of a historic, intractable global supply glut.

But there's a takeover underway that's flying totally beneath the radar…

In fact, the early stages are already complete – it started right in the United States' geopolitical "backyard," in the OPEC member-state of Ecuador.

The power player moving in is of course none other than China. But it's certainly not going to limit itself to Ecuador.

Here's what you need to know about this development…

We've Been Preparing for This Outcome for a While Now

Back in late 2013, while I was advising on a refinery project in Ecuador, I explained how China's oil policy was evolving.

Now, the country's objective used to be controlling oil production abroad, with the aim of transporting that oil back home.

But in 2013, Ecuador, the smallest of the OPEC producers, learned the hard way that this objective had changed. After running out of money, both Ecuador and its national oil company, EP Petroecuador, had to rely on loans from China to stay afloat.

In return, Beijing gained control over the revenue flow from Ecuadorian oil exports. The oil was allowed to flow anywhere, as long as the proceeds went back to China (as loan repayments).

But now, several of my sources are telling me that China is about to take (or perhaps unleash) the next step in its plan to control the world's oil markets…

And this time, it's not in the U.S.'s sleepy backyard, but in a major geopolitical "pain point"… 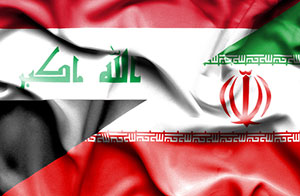 Before we get to China's endgame here, I'll show you where it's going to play out and why.

It's no secret that low oil prices are hitting hard at two of oil's central players, both of which are expecting to ramp up production: Iraq and Iran.

While both Iraq and Iran are members of OPEC, neither one has had a monthly OPEC production quota for some time. Those quotas are supposed to determine how much oil each member exports to world markets.

It used to be that OPEC calculated expected global demand and then deducted non-OPEC production. What's left was called the "call on OPEC," and was divided among members as a monthly quota.

Of course, there is no way to prevent countries from exceeding those quotas. And the current environment of "every country for itself" has effectively rendered the quotas moot.

Iraq continues to suffer from internal political discord, as well as the threat of Daesh (that's the more pejorative way of referring to the aberration that likes to call itself the "Islamic State" – and I refuse to even tacitly imply that these monsters and killers have sovereignty. Besides, they hate being called Daesh).

Meanwhile, Iran was until recently under Western sanctions and is intent on returning to its pre-sanction production and export levels, as you've seen here before.

But Iran's desired volume – in excess of 4 million barrels a day – will probably be reached as early as June, just in time for the next meeting on capping global production, this one to be held in Moscow.

But those levels cannot be sustained, because of Iran's significant internal problems in both fields and infrastructure.

Both Baghdad and Tehran require large amounts of investment to overcome growing production crises that will test their ability to obtain the export revenue they both need. But this investment is slow in coming. For Iraq, the upfront problems remain security and political instability – companies are worried that the production goals will be undermined by political discord and even violence.

This latter point deserves more emphasis than it has received in the West.

Daesh can never control – or even attack – the primary oil fields in Iraq's Shiite-dominated south. But by putting pressure on a beleaguered government in Baghdad, they nonetheless accomplish the same objective: Paralyzing the central government, thereby halting attempts to ramp up oil production.

OPEC has given both Iraq and Iran a multiyear delay in the enforcement of oil export quotas. In the current climate of excessive production, the quotas have not been applied.

But they will return in short order, especially if a production freeze is reached at the June meeting in Moscow.

However, the problem for both Iraq and Iran is arising from within…

Both Countries Are in Desperate Need of Western Oil Expertise

Low oil prices have produced long delays in payments to providers of oil field services. In the case of Iraq, that problem is now also affecting the international oil companies (IOCs) – the majors running the oil fields.

In the case of Iran, sanctions have prevented foreign involvement – banning the Western technology and expertise Iran needs to keep its oil infrastructure from collapsing. Replacing Western companies with Chinese and even Russian field operators has been a disaster. Virtually all production in Iran is now done using domestic field services. That results in inferior, and sometimes nonexistent, work.

A deeper issue is the way both countries give out contracts. In Iraq, outside companies are provided a fixed payment per barrel extracted above a contracted target amount. The result is more properly to be regarded as a field service contract.

Meanwhile, in Iran the constitution and the law prohibit outsiders from owning either land or raw materials inside the country. This means that foreign companies must operate under very bulky and time-consuming buy-back contracts – in which a company is paid in produced oil according to fixed costs and prices negotiated at the beginning.

In neither case does the resulting contract approach anything resembling a joint venture. That means that the fields remain under the respective ownership of the National Iranian Oil Company and the Iraq National Oil Company; the international majors cannot place any portion of these oil reserves on their own books.

Both countries have been searching for ways to make the investment more attractive. As you've read here before, Tehran has scheduled London meetings with financial sources on three recent occasions, only to have to cancel each time because there was no political consensus back home.

Financing Is Opening the Door for China 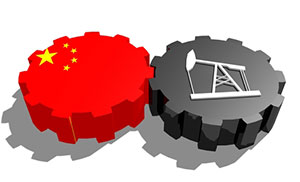 Baghdad has proposed paying its past-due bills with currency bonds rather than cash. The Iraqi Ministry of Finance has already begun deploying the paper in the face of a budget deficit that tops 8% and climbing. These bonds can be traded on the local market and be either cashed in at a discount or used at face value as collateral on loans.

Another approach now under development will apply these bonds to arrearages owed to IOCs. One idea is to use the value of oil reserves in the ground as collateral for these bonds.

It is a move that the IOCs might actually prefer, since it would give them at least some ability to "book" reserve values, albeit indirectly (through the face value of the bonds).

Iran already plays the game of "you pretend to work and we pretend to pay you" with its all-domestic service providers. But Tehran is now considering this bond approach as a possible way of bringing in foreign providers while at the same time avoiding any violations of local "ownership" restrictions.

What would really jumpstart this payment-in-bonds approach would be the ability to utilize the paper in broader local markets, both attracting some value in secondary trading and allowing the face value to work in broader collateral and trading situations. For that to happen, international banks must act as either guarantors of the paper or, in the case of additional issuances, as book runners for the placements.

Here is where the terrain may shift in a seismic way.

Word from several of my sources indicate that Chinese banks (with, of course, the official backing of the government in Beijing) may step in to provide these services.

The move would increase China's presence in the oil sector on both sides of the Shatt al-Arab (the river separating Iraq and Iran at the Persian Gulf), fund additional Chinese oil imports without actually shelling out hard currency, and take the next step in China's increasingly sophisticated approach to other people's oil: gain control over the financing of oil production in both Iran and Iraq.

Chinese national oil companies are already working on entering both the Iraqi and Iranian markets. But the Iraqi-Iranian bond approach will allow China to move ahead one more step in its plan.

China's efforts to control the financing of oil production in Iraq and Iran are a step beyond taking control of Ecuador's oil revenue, and it looks for all the world like they're going to succeed with flying colors in this innovative new approach.

And that is likely to take geopolitics in the oil sector – already an outsized factor – to a whole new level.

Right here in the United States, there are two catalysts unfolding that will hurl the country to the top of the global liquefied natural gas (LNG) game. These same catalysts are going to send shares of one of Kent's favorite energy companies through the roof. We've seen gains of more than 348% on this stock before, and we could easily top that thanks to this LNG development. Click here to get Kent's investor briefing on this company, and you'll get his twice-weekly Oil & Energy Investor research, too. This is going to be big…

Communist Rafael Correa has terribly mismanaged that poor country. Now the Chinese vultures will sweep in and pick up the pieces. And some idiots (professors and students) complain about the corporate multinationals. They haven't seen 'nuttin' yet. The Chinese will pursue this hegemonic strategy with great viciousness and NO concern for the people under their wheel.

It would have helped to say "poor country of Ecuador" for the benefit of the 99.9% of us who don't know who you're talking about.

This is all very interesting and dangerous sounding. The questions is, so what? What are we (US) to do as an oil consumer/producer?