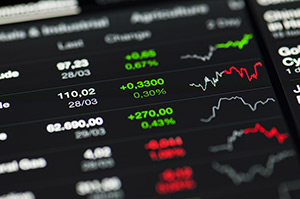 Successful investing requires identifying the best stocks to buy right now as either undervalued stocks or those oversold companies that may be on the verge of a strong rebound.

Just because the overall market has seen only modest gains in the first quarter, that doesn't mean that there aren't companies and industries with enormous growth potential. Many of the current stock picks have been both responsive to global economic volatility and have that long-term potential that many investors desire.

Here are some of the Money Morning recent picks of best stocks to buy now.

Identifying and investing in individual and speculative stocks is an excellent way to realize gains in the coming year. However, investing is still risky, and it's always recommended that you keep a reasonable level of diversification in your overall portfolio.

For more up to date information on the best stocks to buy, sign up for Money Morning's Private Briefing.