The volatility in the broader market over the last two weeks has mostly been dictated by the upcoming Brexit vote date set for this Thursday, June 23. The S&P 500 Volatility Index (VIX) – which gauges the volatile conditions of the U.S. stock market – has gained 34% since June 8.

Regardless of the vote's outcome, Money Morning Chief Investment Strategist Keith Fitz-Gerald – a seasoned market analyst with three decades of experience – recommends two ways you can make money from the Brexit vote.

First, here's everything you need to know ahead of the historic UK referendum on Thursday…

This Is What Will Happen on the Brexit Vote Date 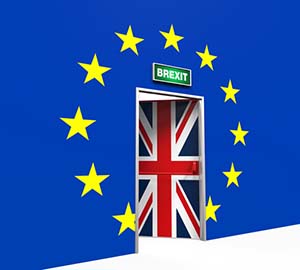 If the "leave" camp wins, the process of a British exit from the EU would begin. Some estimates say the negotiations could take more than two years.

If the "remain" side wins, global markets will breathe a huge sigh of relief. The UK will begin to regroup and heal from the restlessness that's divided the country for months.

A UK Treasury analysis shows the nation would become much more impoverished if it left the EU. The report said productivity and the average GDP per person would decline substantially due to the Brexit's negative effects on the UK's economy.

According to the analysis, the British government would also see weaker tax receipts. Those losses would vastly outweigh the benefits of reduced contributions to the EU.

The Bank of England, International Monetary Fund (IMF), and several other organizations have warned of the negative long-term effects of a Brexit. The IMF said Britain leaving the EU would permanently lower the average income of UK citizens and could trigger an economic recession.

Still, pro-Brexit momentum has grown in the last couple of weeks due to growing support over the country's prospective immigration policies. The UK's current EU membership jeopardizes its employment market and social services, which will suffer under the bulk of too many new residents.

The vote will likely come down to the wire. Polls released Monday had "leave" firmly in the lead. But as of today (Tuesday, June 21), polls have "remain" with a slim 2% lead.

Fitz-Gerald said the most defensive "offensive" way to play the referendum is to go long the U.S. dollar with the PowerShares U.S. Dollar Bullish Fund (NYSE Arca: UUP).

By betting on the dollar, you can bank returns from its upward momentum as global investors buy it as a safe-haven alternative to the pound.

The dollar will also benefit from the decline in other currencies affected by the vote, including the Swiss franc and euro. In other words, you'll profit from a knee-jerk currency reaction that will be felt across several major economies.

This exchange-traded fund (ETF) lets you both short the pound and bet on the dollar's rally. That means you can double your returns by betting on both the pound's volatility and investors' eagerness to buy the dollar as an alternative.

Because SGBP trades on the London Exchange, investors may not be able to buy it since some brokerage houses limit foreign trades. (Editor's Note: Money Morning members are eligible for one free international trade through our partnership with EverTrade Direct Brokerage. Go to our benefits page to find out more about this exclusive membership deal.)

Since both funds are highly speculative, Fitz-Gerald recommends limiting your investments to only 2% of your overall capital.

"Never forget that opportunities like this one are not a matter of if or even when… but how," Fitz-Gerald shared.

5 Must-Know Facts About the Brexit… With the UK referendum just two days away, investors should know what a potential Brexit means for their money. That's why we compiled the five most important facts you need to know today about the Brexit…