The price of gold per ounce today (Tuesday, June 28) is declining for the first time in two sessions.

Despite today's decline, there's one attractive quality of gold investing that ensures the metal will rise over the long term.

First, here's why gold prices are seeing a temporary pullback today, and why the move was expected…

Gold prices are falling today thanks to a solid rally in global stock markets. 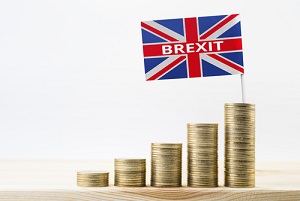 You see, the outcome of the Brexit vote late last week caused markets around the world to sell off in a panic. Roughly $2 trillion was erased from global markets on Friday, June 24. The FTSE and Dow Jones Industrial Average – the benchmark indexes of the UK and United States – fell 3.2% and 3.4% on Friday, respectively.

But markets are seeing a strong rebound today, which typically lowers the price of gold since investors move their money out of the metal and into more liquid assets like stocks.

Following its 11% plunge over the last two sessions, the Eurozone's benchmark STOXX 600 index is up 2.4% today. The pound, which fell to its lowest level in more than 30 years yesterday, rose 1% against the dollar to $1.337.

Still, many investors think today's gains are temporary as the repercussions of Britain's vote to leave the EU continue to unfold…

Yesterday, ratings agency Standard & Poor's downgraded the UK's credit rating from its cherished AAA to AA. The agency said the country's decision to leave the union will result in an unstable policy and economic framework. S&P also reported that the "Remain" vote for Northern Ireland and Scotland will create large constitutional problems for the UK as a whole.

While a great deal of uncertainty remains in the marketplace, analysts believe gold is still a good investment.

Analysts are recommending gold and gold exchange-traded funds (ETFs) due to the metal's safe-haven appeal.

You see, a safe-haven investment is one whose value usually remains the same or increases during periods of market volatility. Because the gold price can withstand any dips in the market, investors treat the metal as insurance instead of a big profit opportunity.

With more market volatility expected in the wake of the Brexit, investors are pouring money into different types of gold investments. According to Commerzbank, global gold ETFs surged yesterday for the second day in a row. The bank reported these funds' holdings have increased by 30 tons over the last two sessions.

Swiss precious metals trader MKS remains bullish on gold despite the possibility of a corrective pullback. The firm cited weakness in global stock markets, Brexit volatility, and the Fed's low interest rate policy as reasons for its optimistic outlook on the price of gold per ounce.

Meanwhile, TD Securities sees gold prices hitting $1,400 in the coming months – up 6.5% from this morning's price. The investment bank said the effects of the EU's "existential crisis" will continue to benefit the price of gold.

And several high-profile individual investors are recommending gold. Legendary investor George Soros has repeatedly said he is long on gold. Jeffrey Gundlach, the founder of Doubleline Capital and former head of a $9.3 billion hedge fund, predicts gold prices will hit $1,400 an ounce this year.

Our own Money Morning Resource Specialist Peter Krauth also recommends investing in gold. Although he thinks gold prices could settle back down to the $1,300 level, he believes its safe-haven appeal will send it on a long-term rally.