While we already know the Fed left interest rates unchanged last month, the minutes help us understand what to expect at the September FOMC meeting.

What You Need to Know from Today's FOMC Meeting Minutes 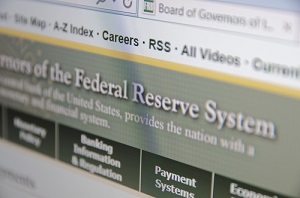 The key takeaway from the minutes is several Fed officials believe interest rate accommodation will need to be eased. Members generally agreed they should raise interest rates if economic data improves in the coming months.

The Federal Reserve minutes also showed how central bank members were generally upbeat about the U.S. economic outlook and labor market. Still, many officials said a slowdown in the future pace of hiring would argue against a near-term interest rate hike.

Don't Miss This: We found the biggest "must-have" investment of a lifetime. The returns will be so big that it will make the oil price surge to $140 a barrel in 2008 look like nothing…

The minutes revealed some officials want to wait until they're more confident inflation will hit the 2% target. Others believed the United States is close to a fully recovered job market and a rate increase would soon be warranted.

Markets jumped after the minutes were released at 2:00 p.m. The Dow Jones Industrial Average gained 0.2%, while the S&P 500 added 0.3%. Both indexes settled back down and traded flat near market close.

The mixed opinions among officials show the minutes were neither overly hawkish nor dovish. They suggest a September rate hike is still on the table. But the Fed won't commit to an increase until more economic data is released.

How Today's FOMC Meeting Minutes Will Affect Stocks in 2016

Many Fed officials have openly said a rate hike is possible this year.

Analysts still remain skeptical that the Fed will raise rates before the November election or the end of 2016.

Editor's Note: The main problem with our do-nothing Congress isn't what you think.  Here's the shocking truth about what lawmakers really do all day…

U.S. indexes have reached record highs thanks mostly to low interest rates. On Thursday, Aug. 11, the Dow Jones, S&P 500, and Nasdaq all hit their highest levels ever. That was the first time since 1999 all three indexes peaked on the same day.

The Fed raised rates for the first time in nearly 10 years last December. At the time, policymakers projected four rate hikes in 2016. But worries about the jobs market, global growth, and the UK's vote to leave the EU gave the Fed reasons to pause.

Some of those concerns have abated, including whether markets would endure long-term volatility after the Brexit vote.

"Participants generally agreed that the prompt recovery of financial markets following the Brexit vote and the pickup in job gains in June had alleviated two key uncertainties about the outlook," the minutes said.

Still, the odds of an interest rate increase this year are questionable…

According to the CME FedWatch tool, a move in September is still highly unlikely. After the minutes, traders placed the likelihood of rates remaining unchanged next month at 82%. That's down slightly from 85% yesterday.

The probability of rates staying the same in November is 84.4%, compared to 83.2% heading into the minutes. For December, odds are a near coin toss of 52.3%, up from 47.5% before the minutes' release.

The next clue regarding the Fed's intended interest rate path will come on Aug. 26. That's when Janet Yellen speaks at a Jackson Hole, Wyoming, conference. The conference is a gathering of central bankers from around the world and has been the venue for major Fed policy announcements.

Stay tuned to Money Morning for more updates on the Fed and interest rate policy.